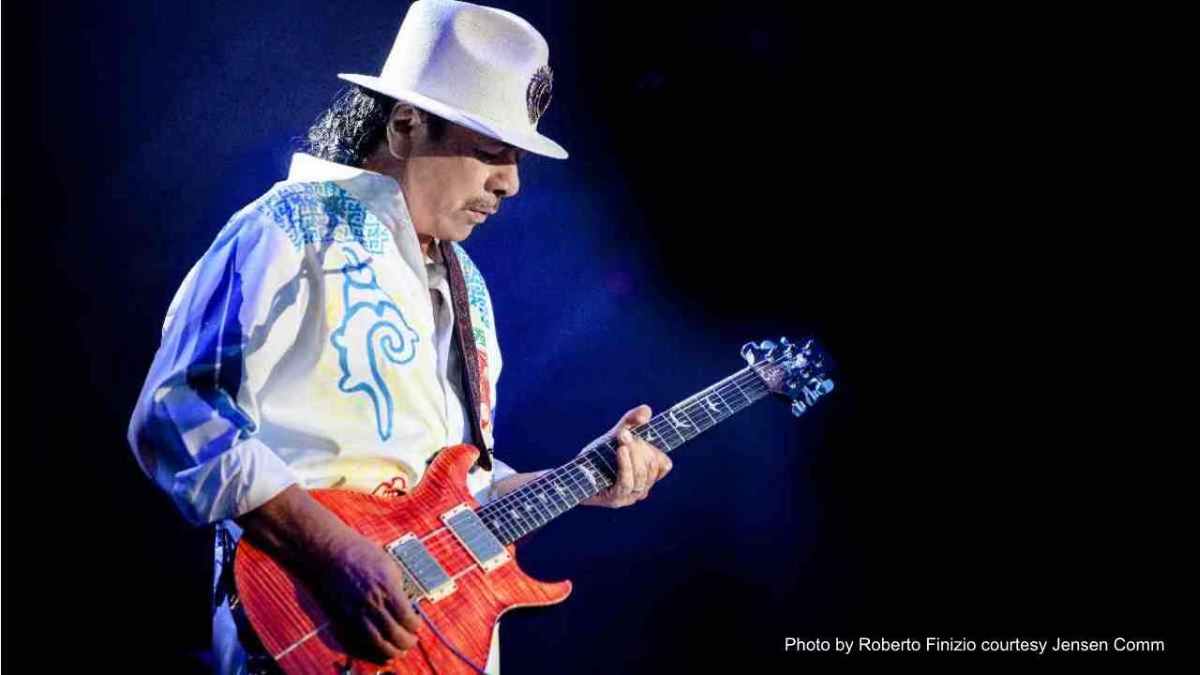 Following Carlos Santana's collapse onstage during his concert in at the Pine Knob Music Theatre in Clarkston, Michigan on Tuesday night (July 5th), his camp has revealed the rescheduled date for his show that was supposed to originally take place on Wednesday (July 6th).

That show at the Star Lake Pavilion outside Pittsburgh, PA, on Wednesday, July 6, has been rescheduled to Friday, August 4th. It will now be an "Evening With Santana" show and will not include Earth, Wind & Fire.

According to the announcement, "Santana and his band (which also features Santana's wife, Cindy Blackman Santana) will highlight songs from both his Supernatural and Woodstock eras, as well as newer tracks from his 2019 full-length album Africa Speaks and some incredible surprises."

After the collapse, Carlos shared on Facebook, "Thank you for your precious prayers. Just taking it easy. Forgot to eat and drink water so I dehydrated and passed out. Blessings and miracles to you all."