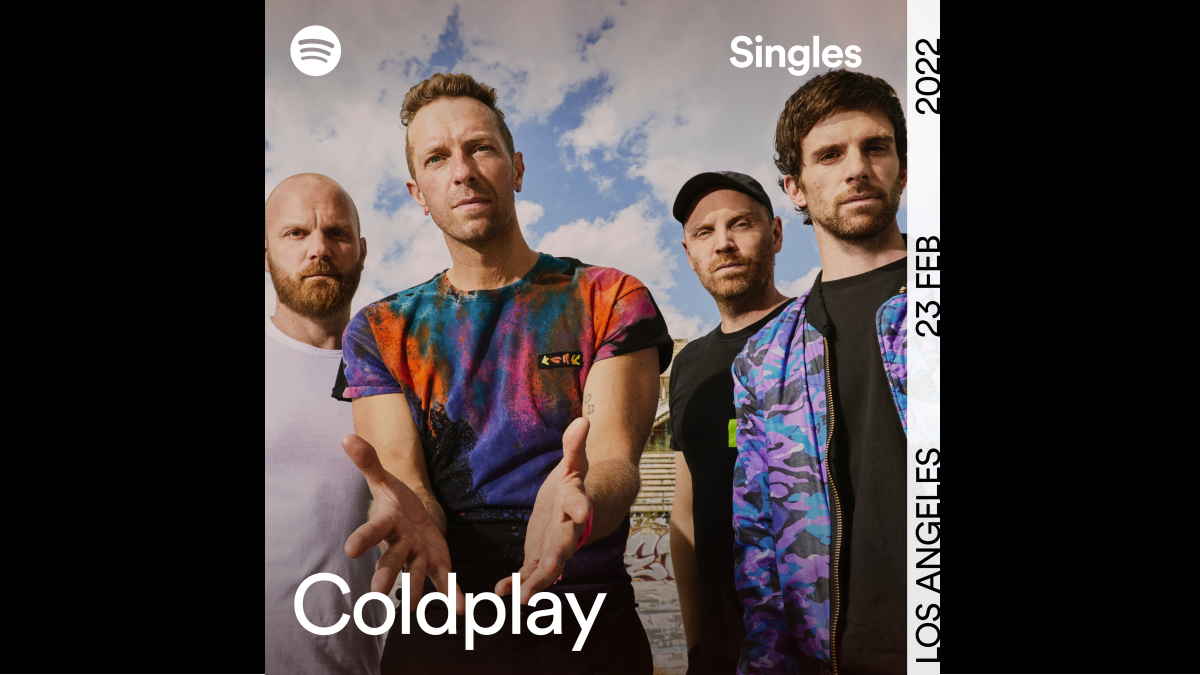 (Atlantic) Coldplay have released their first Spotify Singles recording. Side A of the two-track release is a stripped-down acoustic version of the band's current single "Let Somebody Go" with Selena Gomez (who also features on the new recording). Side B is the band's cover of Kid Cudi's iconic 2008 hit "Day 'N' Nite". Both songs were recorded at Henson Recording Studio, Los Angeles.

Chris Martin had this to say, "I have always loved Selena's voice and when Let Somebody Go arrived it felt like she was the only person to sing it with. I'm so happy she said yes. She is wonderful to work with and the kind of artist whose work sounds even better after you get to meet them."

"Day 'N' Nite - I loved when it came out, and I still love love love it." Martin continued, "This is the first time I think that we've really taken proper time to record a cover, because in my head I could hear a version of it quite different from the original, that hopefully just reinforces what a brilliant song it is. One way or another I hope that anyone listening will just think, 'Wow, Kid Cudi is amazing.'" Check it out here.