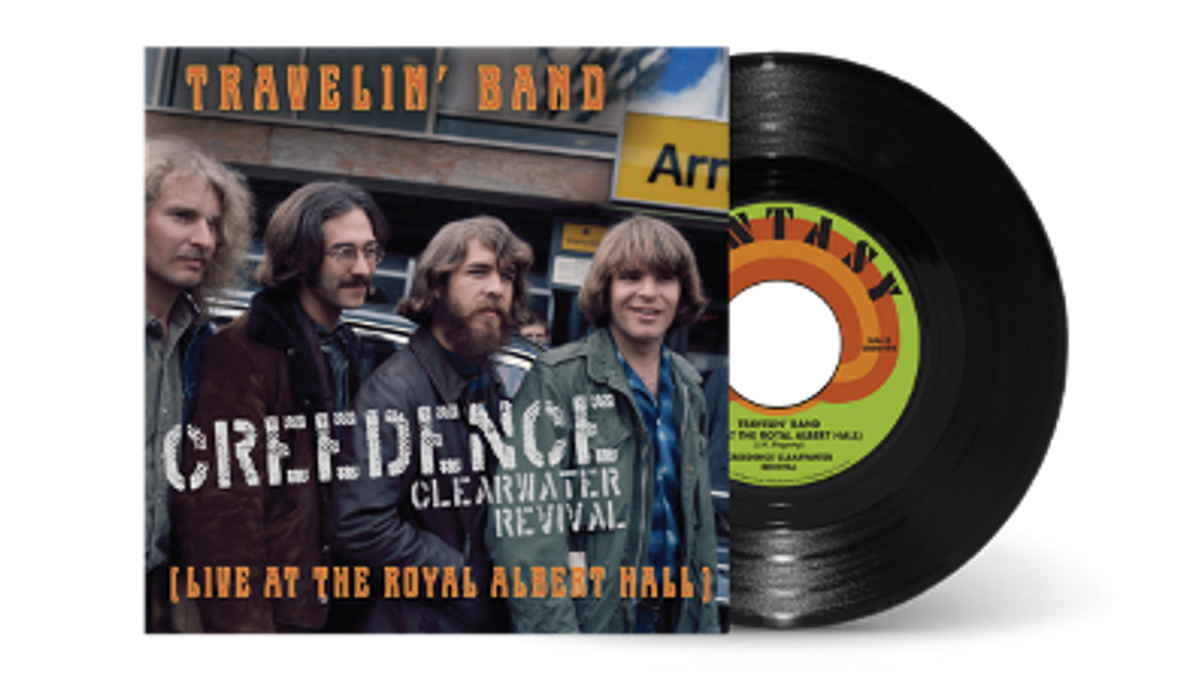 (Shore Fire Media) Creedence Clearwater Revival's camp have announced that they will be releasing recently uncovered thought to be lost live recordings from 1970 for Record Store Day. We were sent the following details:

For years, rumors have circulated about a long-lost Creedence Clearwater Revival recording, captured in 1970 during the Rock and Roll Hall of Famers' appearance at London, UK's Royal Albert Hall. Now, more than 50 years later, fans can experience a first taste of that mythical recording on a special 7-inch pressing, released exclusively for Record Store Day by Craft Recordings. Limited to 9,000 copies worldwide, "Travelin' Band"/"Who'll Stop the Rain" will be available for RSD's second drop date on June 18.

Mirroring the original double-sided "Travelin' Band"/"Who'll Stop the Rain" 45, which dropped in January 1970, this release showcases what were the band's newest songs in a live setting. Side A features the Royal Albert Hall performance of the song from April 14, 1970 (celebrating its anniversary this week), and marks the very first release of this rare recording. Side B, meanwhile, offers a live version of "Who'll Stop the Rain," recorded at the Oakland Coliseum, and previously released on the platinum-selling live album, The Concert.

The original "Travelin' Band"/"Who'll Stop the Rain" single (featuring two songs from Creedence's fifth studio album, 1970's Cosmo's Factory), was a global hit upon its release, peaking at No.2 in the US, No.8 in the UK, and No.5 in Canada. The double-sided single was also a Top 10 hit across Europe, landing at the top of the pop charts in Belgium and the Netherlands, and in the Top 5 in Germany and Norway, among other countries. Today, "Who'll Stop the Rain," remains one of Creedence Clearwater Revival's most enduring songs. Ranked among Rolling Stone's 500 Greatest Songs of All Time, and written against a backdrop of the Vietnam War, the ballad continues to offer a poignant and timely message amid turbulent times.