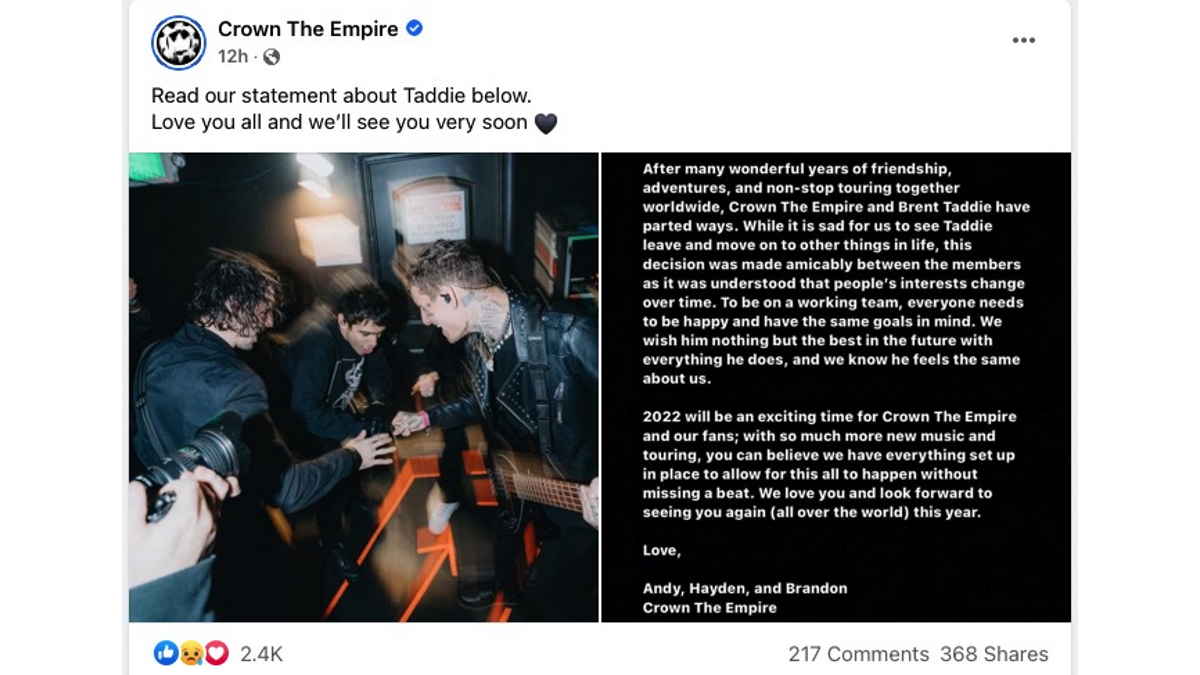 Crown The Empire have announced that drummer Brent Taddie has parted ways with the band after spending a decade with them. They have not yet revealed his replacement.

They group broke the news via social media with the following statement, "After many wonderful years of friendship, adventures, and non-stop touring together worldwide, Crown The Empire and Brent Taddie have parted ways.

"While it is sad for us to see Taddie leave and move on to other things in life, this decision was made amicably between the members as it was understood that people's interests change over time.

"To be on a working team, everyone needs to be happy and have the same goals in mind. We wish him nothing but the best in the future with everything he does, and we know he feels the same about us.

"2022 will be an exciting time for Crown The Empire and our fans; with so much more new music and touring, you can believe we have everything set up in place to allow for this all to happen without missing a beat.

"We love you and look forward to seeing you again (all over the world) this year."