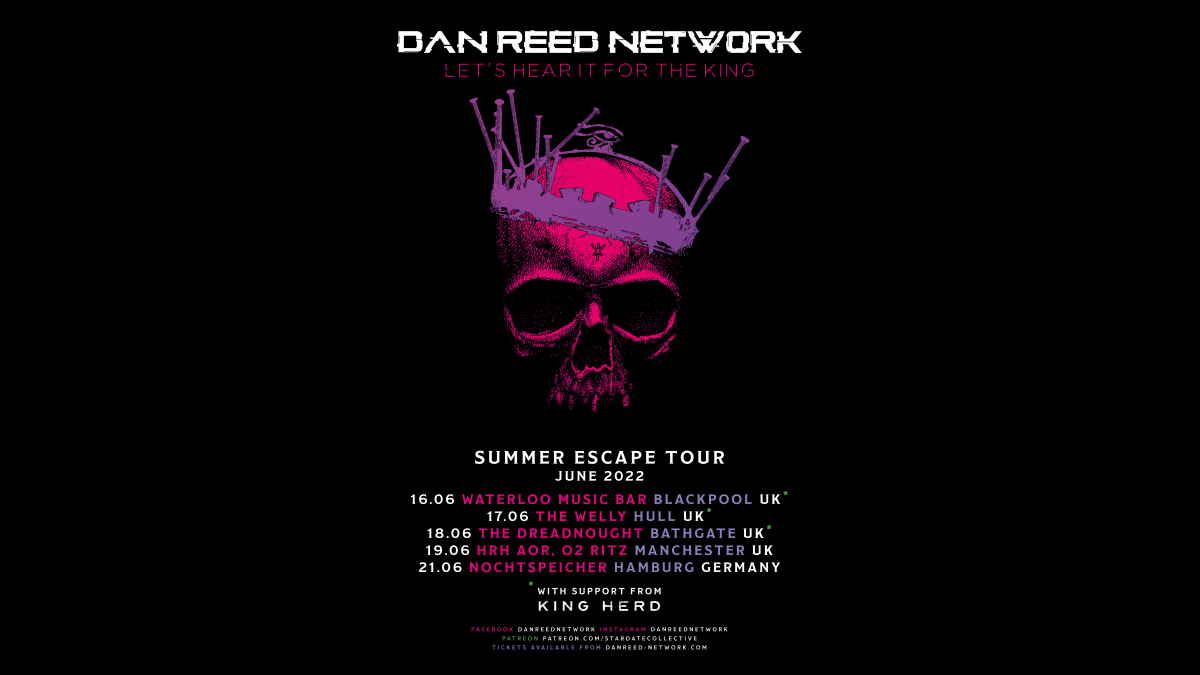 The Dan Reed Network have announced that they will play four concerts in the UK this June and will also be playing a special album release party in Hamburg.

The short tour will include Waterloo Music Bar, Blackpool (June 16), The Welly, Hull (June 17), The Dreadnought, Bathgate (June 18), and a special guest performance at the HRH AOR Festival at 02 Ritz in Manchester on Sunday June 19. They will then head to Hamburg for an album release party show at Nochtspeicher on June 21st.

Their new album, "Let's Hear It For The King", is set to be released on June 17th. Dan had this to say about the new shows, "As soon as we were made aware that our shows with Reckless Love were going to be rescheduled again it became imperative to find a way to get back on the road as soon as possible, we have an album that we know is going to deliver and we are desperate to get out there and play it live for everyone!

"We're delighted that we were able to arrange these headlines shows around the album's release date so we can celebrate that properly with all of you."