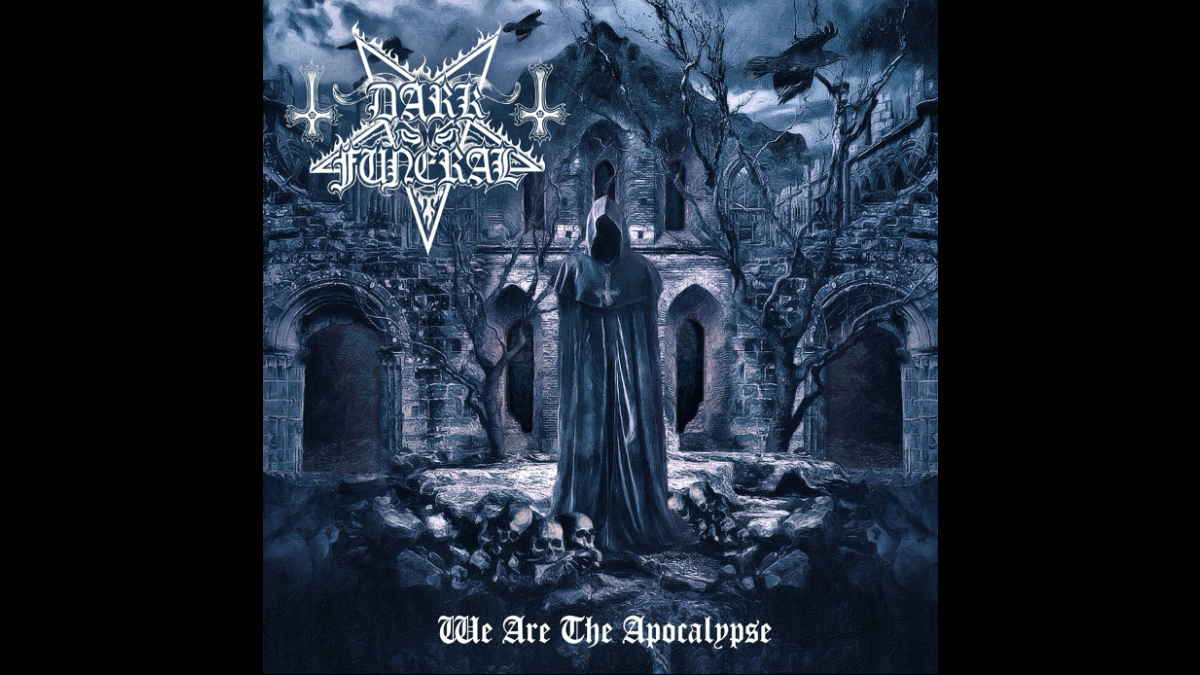 Dark Funeral have premiered a music video for their brand new single "Nightfall." The track comes from their forthcoming album, "We Are The Apocalypse," which arrive on March 18th.

Lord Ahriman had this to say, "With 'Nightfall', we continue to push the boundaries and go faster than anything we have ever done before. I wanted to create the feeling of levitating above the soundscape and into my own dark and twisted world.

"At this speed, it was also a challenge to find a good balance and dynamic where melodies and atmosphere did not disappear in a noise, but I think we really nailed it! Nightfall gives epic a whole new meaning. Enjoy."

Heljarmadr added, "Sometimes I am quite glad that I am not a drummer. I think Jalomaah outdid himself here and it was like standing in a wind tunnel when we recorded it in the studio.

"But through all the high tempo hammering shines great detail and I think this song has a lot of dynamics. I'm eagerly looking forward to seeing the crowd chant 'Nightfall' the day we bring it to the stage." Watch the video below:

Dark Funeral 'Let The Devil In' With New Video