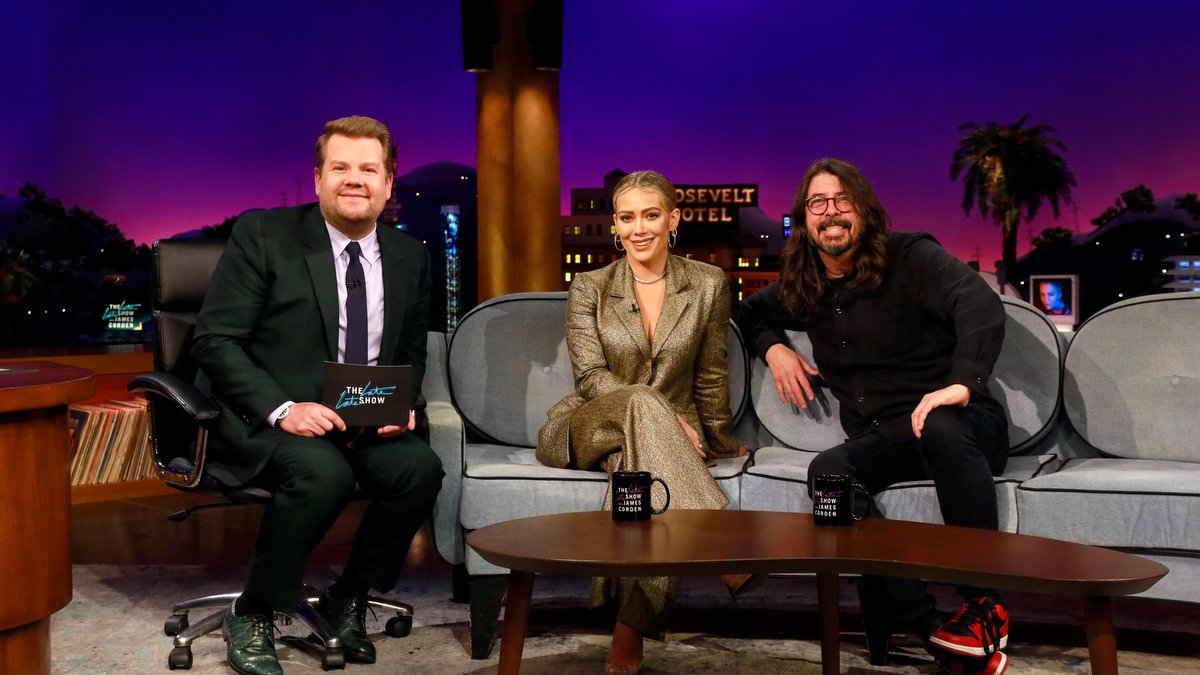 (hennemusic) Dave Grohl was among the guests on the February 23 episode of CBS-TV's The Late Late Show with James Corden. The Foo Fighter was on hand to promote the February 25 release of the band's forthcoming horror-comedy film, "Studio 666."

Featured alongside fellow guest Hilary Duff, Grohl shared some details about the film, and was asked about his busy work schedule in general before the pair were invited to play a game called "James That Tune", in which James uses a keyboard to play some Foo Fighters classics, and the two must guess what song James is playing...the catch is that James doesn't know how to play a keyboard.

Directed by BJ McDonnell ("Hatchet III"), "Studio 666" sees the Foos move into an Encino mansion steeped in grisly rock and roll history to record their much-anticipated 10th album. Once in the house, Grohl finds himself dealing with supernatural forces that threaten both the completion of the album and the lives of the band. Watch the appearance here.