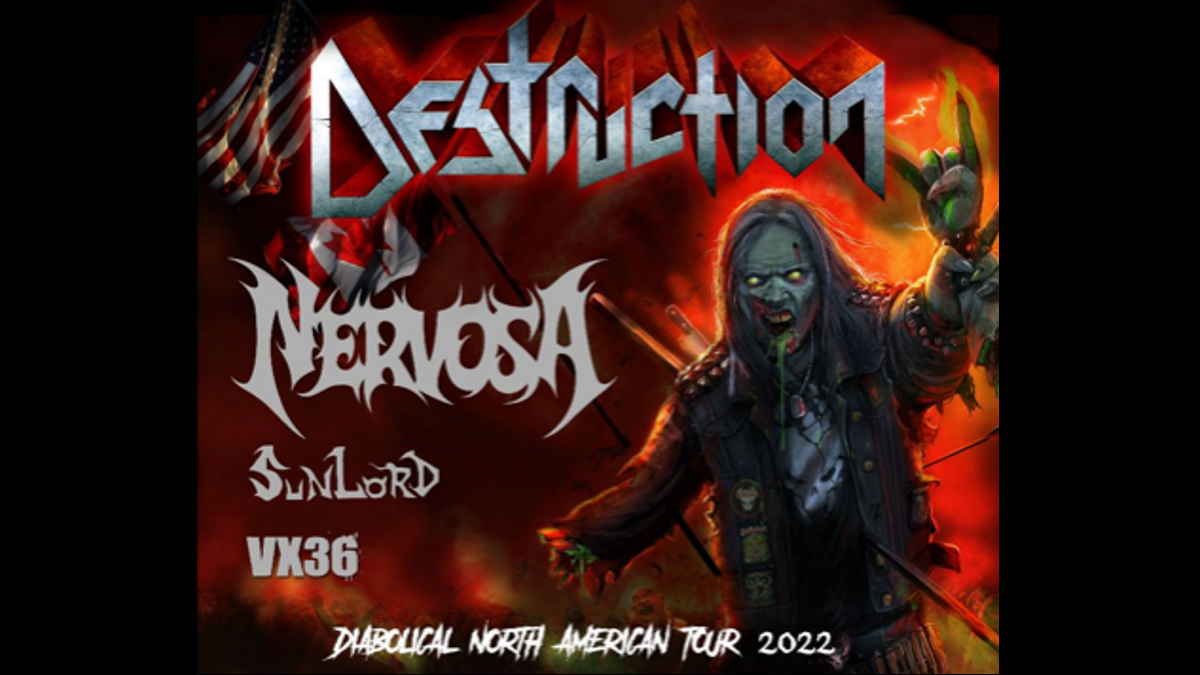 Destruction have announced that they will be launching a North American headline tour this spring to promote their forthcoming album, "Diabolical", which will be released on April 8th.

Nervosa will be providing direct support and the tour will also feature additional support from guests Sunlord and VX36. It will kick off on April 28th in Brooklyn.

Schmier had this to say, "Yes - we are super thrilled: the first tour of the new record, Diabolical, will kick off in North America! We could not tour there on the last album because of the pandemic, so we made it a top priority to return as soon as the circumstances would allow us, to play for our American fans again!

"We are bringing our friends Nervosa along - they are a perfect match! We toured together before and the pits were smoking! They also haven't toured in the USA or Canada in a long while. This is a killer package and we are super excited! See you all for a serious beating!!!"

Nervosa guitarist Prika Amaral added, "This will be a super fun tour with legends and friends - Nervosa with DESTRUCTION touring for the third time together, but this time in North America, and Nervosa with the new lineup. Be prepared for a thrash massacre! We can't wait!"

As I Lay Dying Announce Two Decades of Destruction Tour