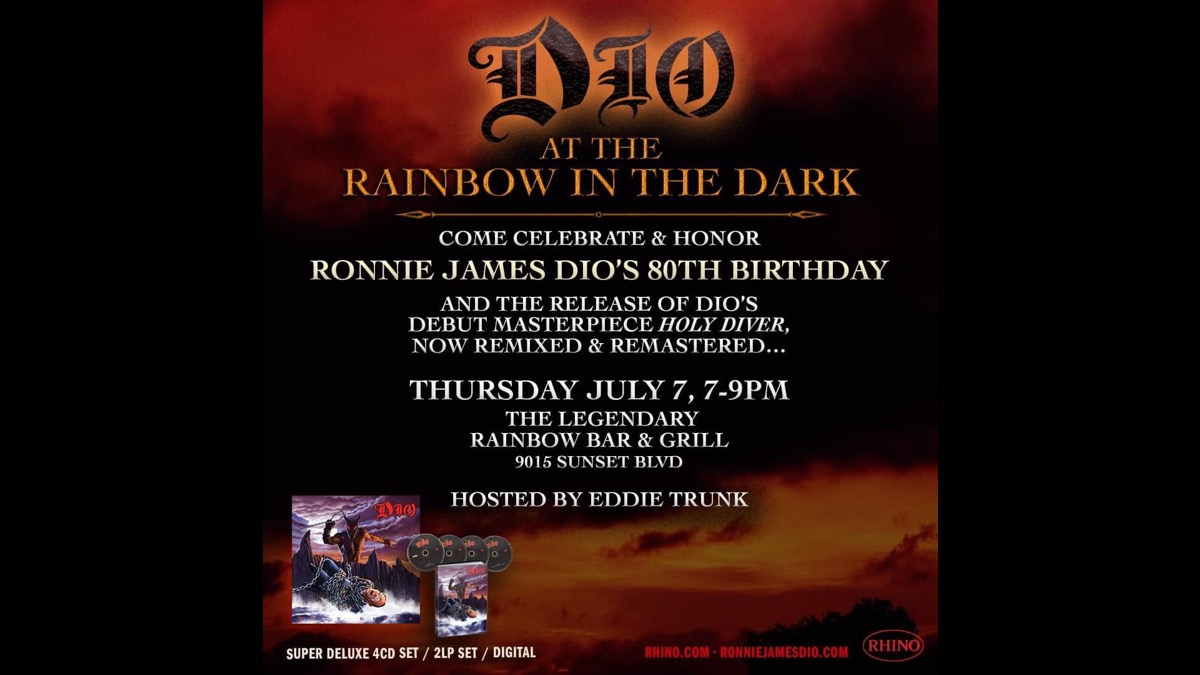 (Chipster) Ronnie James Dio would have turned 80 years old on July 10. To celebrate this historic day, the legendary Rainbow Bar & Grill on Sunset Boulevard in West Hollywood will host At The Rainbow In The Dark, a special event for Dio family, friends, and fans, on July 7 from 7-9PM PT. The event will be open to the public with limited capacity.

At The Rainbow In The Dark will be hosted by one of Dio's dear friends, SiriusXM host Eddie Trunk, who will spend the evening in conversation with some of Dio's musical collaborators and friends, with a full list to be announced soon. The complete conversations will be featured in a special 'Trunk Nation LA Invasion,' airing on SiriusXM Volume (channel 106) on Friday, July 8th at 2pm ET, with replays over the weekend and available anytime on the SXM App. Find more details here.

At The Rainbow In The Dark also falls on the eve of Rhino's release of Holy Diver: Super Deluxe Edition, an expansive 40-track boxed set of Dio's classic debut that will be available the following day (July 8) in 4-CD and digital formats.

Additionally, the iconic Dio music videos from the album ("Holy Diver," "Rainbow In The Dark," "Stand Up And Shout") have all been newly remaster and upgraded to HD. Watch "Holy Diver" below: