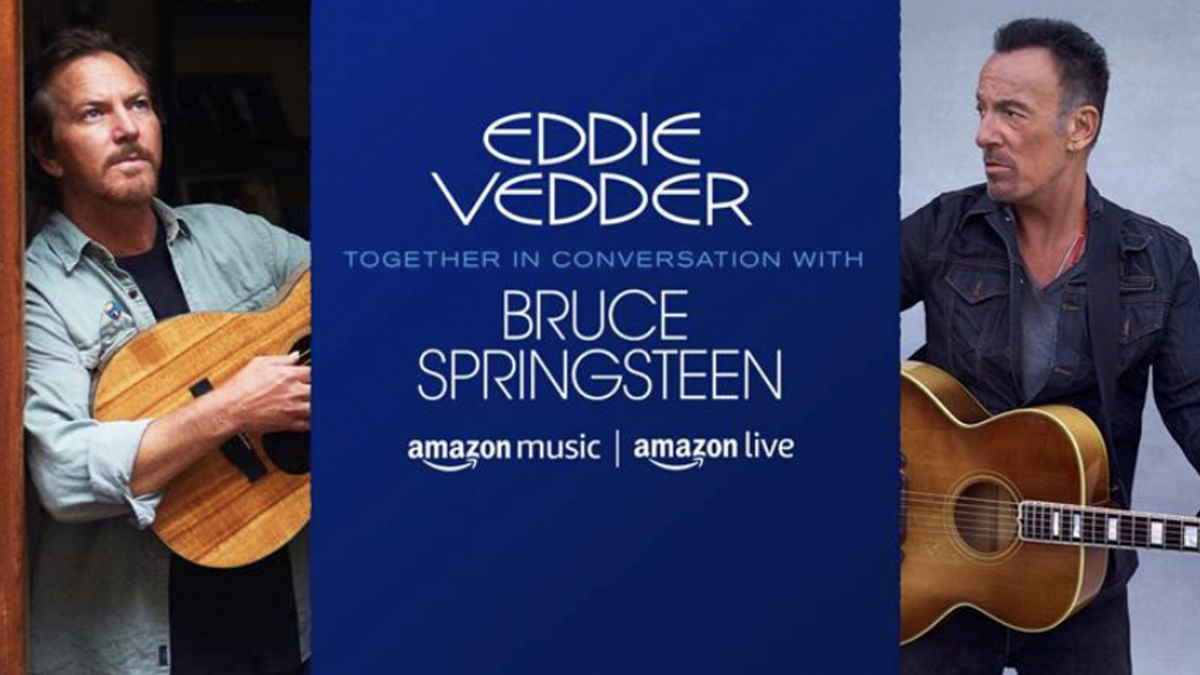 Promo for the special

In the special, which was filmed on Bruce's farm in New Jersey, the two break down Vedder's new album, Earthling - from production and appearances by Stevie Wonder, Ringo Starr, Elton John and Andrew Watt, to Vedder's songwriting.

Directed by Thom Zimny, the special will debut on Amazon Live today, Friday, February 11th beginning at 2PM EST and will be available exclusively for 48 hours. The interview will be made available on Eddie Vedder's YouTube page beginning Sunday, February 13th. Watch the preview below: