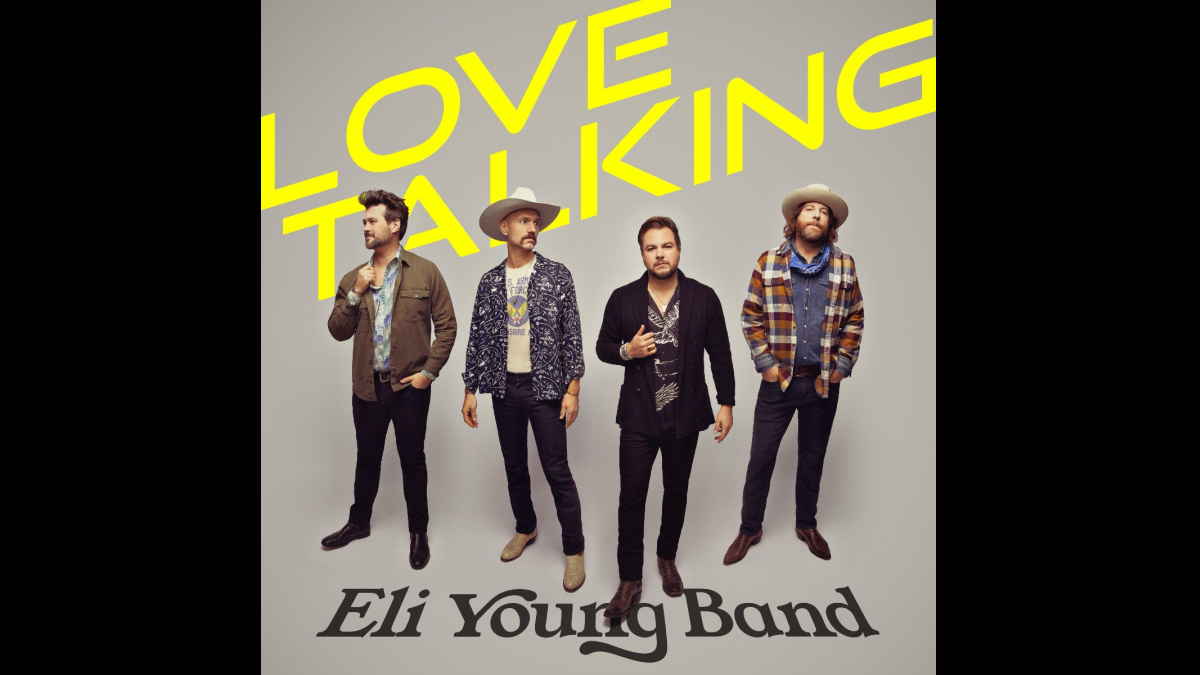 (EBM) Eli Young Band have shared a brand new single called "Break Up In A Bar" to celebrate the announcement that they will be releasing their new album, "Love Talking", on June 3rd.

"We really wanted to find the positivity in what we got out of the last two years, so that was one of the main goals for this album," notes lead singer Mike Eli. "There was a lot of unknown that was written into some of the music we created during that time, but we all lived it so deeply; we wanted to offer something uplifting with our music."

"Break Up In A Bar," a three-and-a-half-minute raucous response to saying goodbye to a relationship, offers that positive twist on a typically heavy topic while serving as one of the only outside cuts on the album, having been penned by Ashley Gorley, Ben Johnson and Hunter Phelps.

"Right away, you could just hear the melody in the song from the top and know, 'okay, this is a special one.' And the spin - it's one of those songs lyrically you just wish you would have thought of," reflects Eli, who crafted 7 of the 9 tracks. "We know that that's always the first rule - if you hear something that you wish you would have thought of it's worth that second listen. We just started playing it in our live show, and it's funny to see the audience because they want to know it so bad... That's a good sign." Watch the lyric video below: