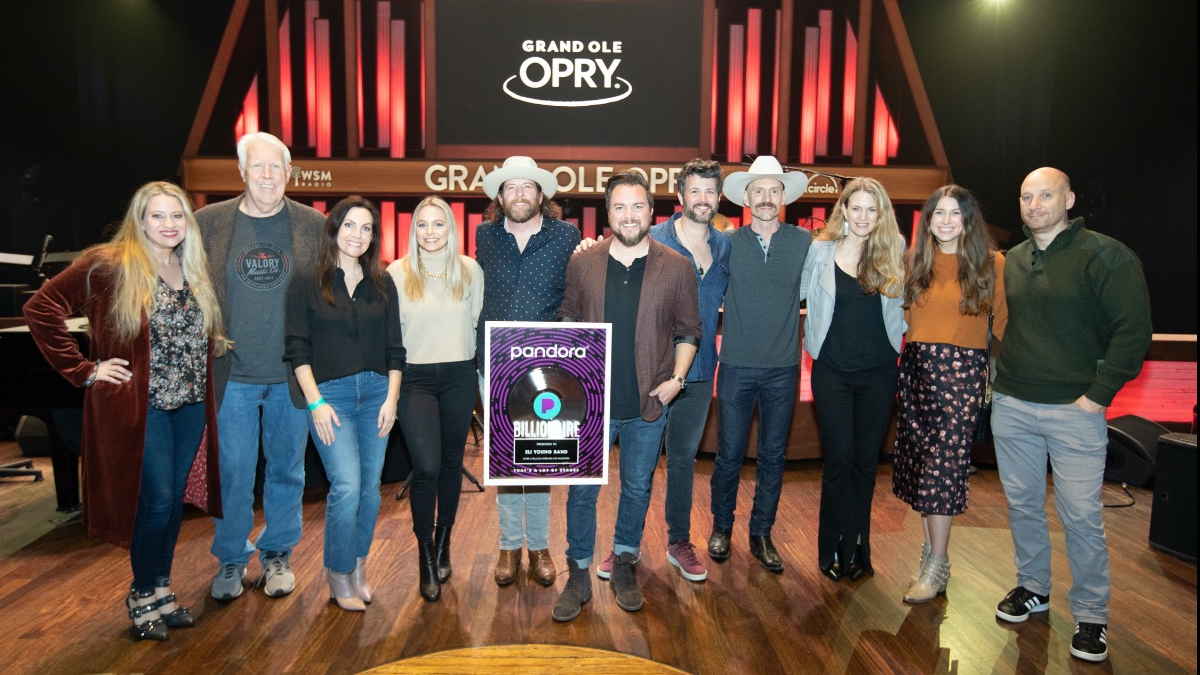 The moment commemorates over 2 billion streams on the platform, and the band has been added to Pandora's Country Billionaires Radio in celebration of the honor.

"Sometimes these moments sneak up on you and refill the gas tank," reflected lead singer Mike Eli in response to the surprise presentation. "We love to play music and when something like this comes along and reminds you that people are listening, it just feels so good. The first and last time someone will call us billionaires!"

"Love Talking" is the lead single off the band's forthcoming sixth studio album, planned for release later this year. Fans will have a chance to see the new single performed live, along with the band's multi-decade catalog of chart-topping hits, as EYB returns to the road for their 51-city Love Talking Tour.