Eric Church Announces Another 'One Hell Of A Night' Stadium Show 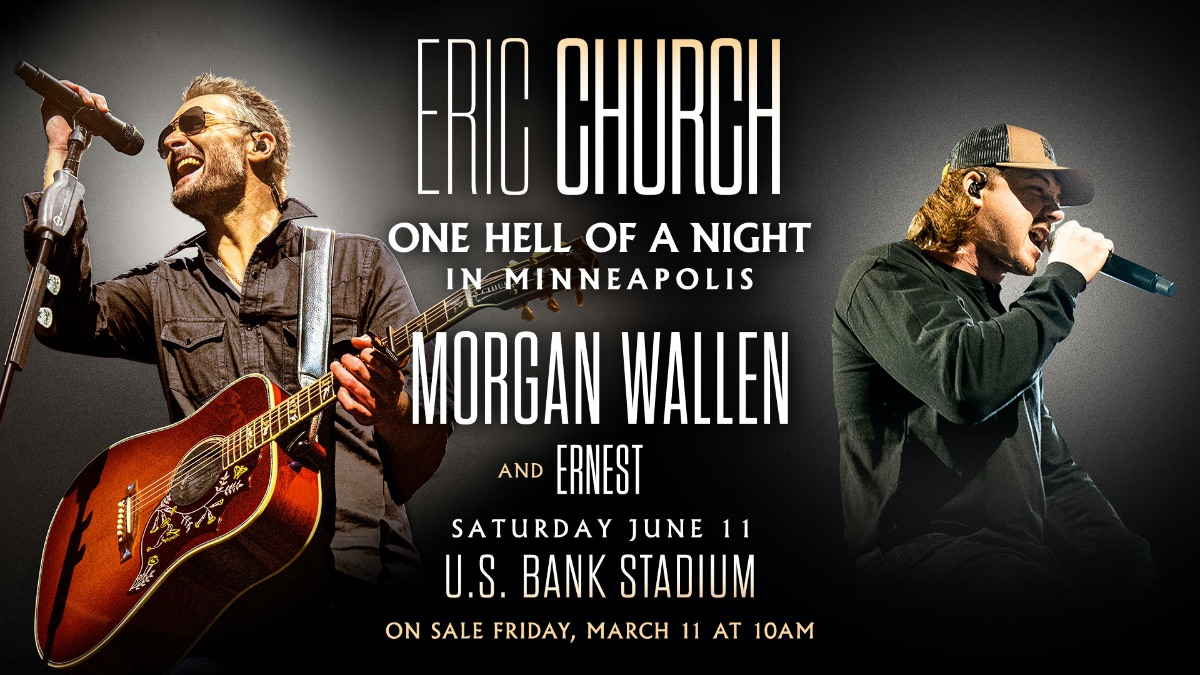 Eric Church has announced that he will be rocking the U.S. Bank Stadium in Minneapolis this summer and he will be supported at the special show by Morgan Wallen and Ernest.

The One Hell of a Night in Minneapolis Concert will be taking place on June 11th and it will be Eric's second headlining stadium show this summer, following his "One Hell Of A Night" event at the American Family Field in Milwaukee this Memorial Day Weekend.

That special stadium concert event amid Eric's current The Gather Again Tour will be taking place on May 28th and will also include performances from Brothers Osborne and Parker McCollum. See the dates below: