Eric Church Announces 'One Hell Of A Night' Stadium Show 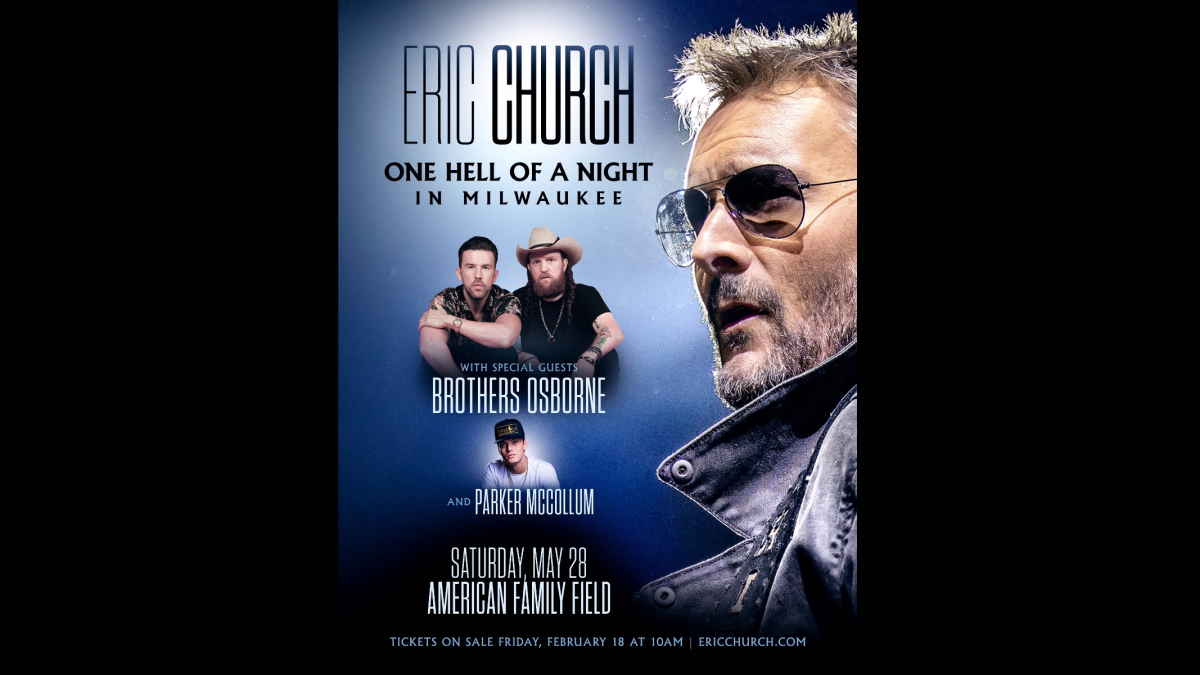 Eric Church has announced that he will be holding his "One Hell Of A Night" event at the American Family Field in Milwaukee this Memorial Day Weekend.

The special one-off stadium concert event amid Eric's current The Gather Again Tour will be taking place on May 28th and will also include performances from Brothers Osborne and Parker McCollum.

He had this to say, "Back in 2006, I think I was first-of-six booked at Country Thunder, but it was the big stage. Sinners had just been released... and the next year I remember playing Kelly's Bleachers and half the room was there to see us play, the other half had no idea who we were.

"The next time we played, those 378 people brought friends... and that never really stopped. This time I'm bringing friends with me, too. See you on May 28, Milwaukee."