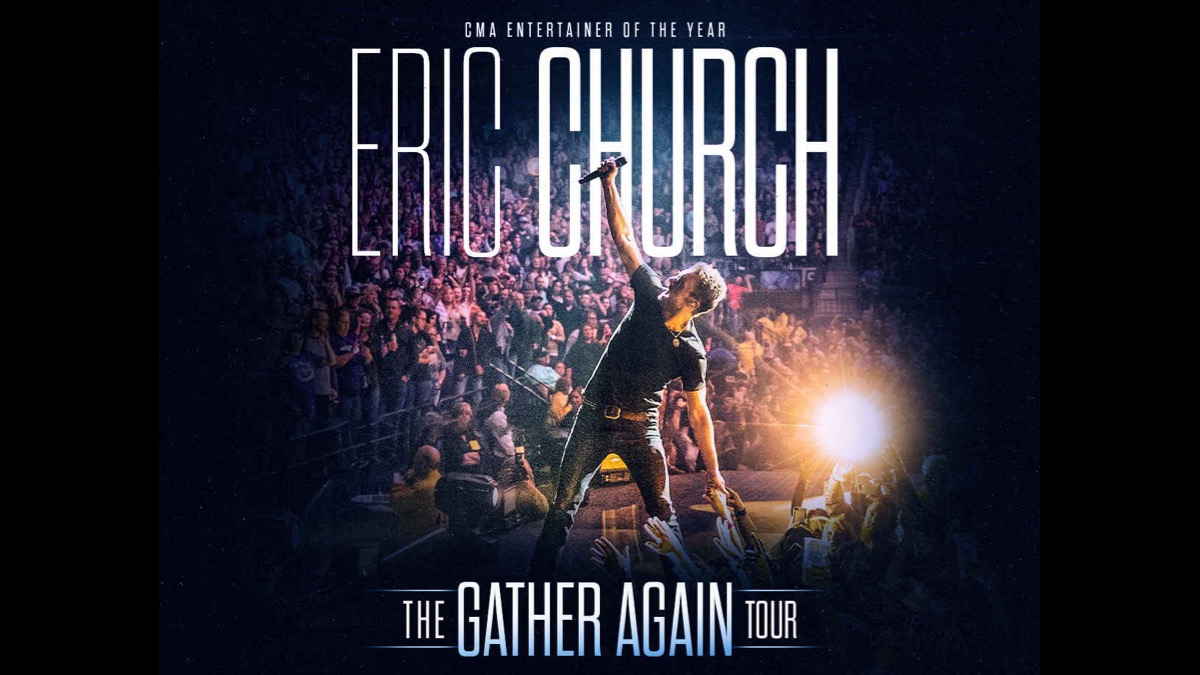 (EBM) When Eric Church rallied the Choir just over a year announcing his 50-plus stop The Gather Again Tour, it was moments like April 13, 2017 at Allstate Arena he missed: bringing people together with their shared love of music, playing long and throwing a few surprises in along the way.

That night, five years ago, Church introduced a then-unknown Ashley McBryde: "I mentioned I had a guest and there's a young lady here who I have become a massive fan of, and you guys are gonna be a massive fan of her real soon. She's just starting this journey of her career and she's unquestionably my favorite artist out right now that's not out yet, but she will be real soon. So I invited her to come out and just her and I are gonna do an acoustic song that she wrote... please make welcome Ashley McBryde."

Fast-forward to Friday night in Manhattan, the Arkansas-native stepped on stage to support the man who initially gave her a spotlight during his second song, "Outsiders." A few songs later, Church acknowledged what the crowd had already noticed, sharing that powerhouse Joanna Cotten was under the weather and he surprised the crowd with another outsider, McBryde, joining for nearly every song of the marathon 30-song set before Church closed the night out solo acoustic with a five-song medley encore.

One fan offered, "Travelled from Ireland to see Eric Church at Madison Square Garden last night. Then Ashley McBryde my favourite artist in the world stepped on stage for the ENTIRE show. No point doing the lottery, tonight my numbers already came up!"

"That's one hell of a call to the bullpen," Whiskey Riff added.

"When Joanna had to sit this one out, we immediately knew who to ask. Ashley is meant for arena stages, and she'll be headlining her own show at MSG soon," the CMA Entertainer of the Year shared. "As when Heart & Soul was born, it was moments like last night that we always envisioned: seeing people together again, arms around one another, living and loving life for those three hours. Standing on stage again looking out at that view is a feeling we'll never take for granted."

"Stepping into Joanna Cotten's boots... I don't take it lightly," says McBryde. "I have so much respect for that woman and that voice. When Eric asked, 'Hey, can you come fill in?' I said yes without even knowing how I'd get there. Talk about respect... any time Eric's asked me to do something it has caused me to level up. I got to take a master class in entertaining while on stage."

With dueling vocals on "Heart On Fire," "Break It Kinda Guy," "Stick That In Your Country Song" and "Like Jesus Does," the final stop on Gather Again did just what it was intended to do.

Eric Church Announces Another 'One Hell Of A Night' Stadium Show