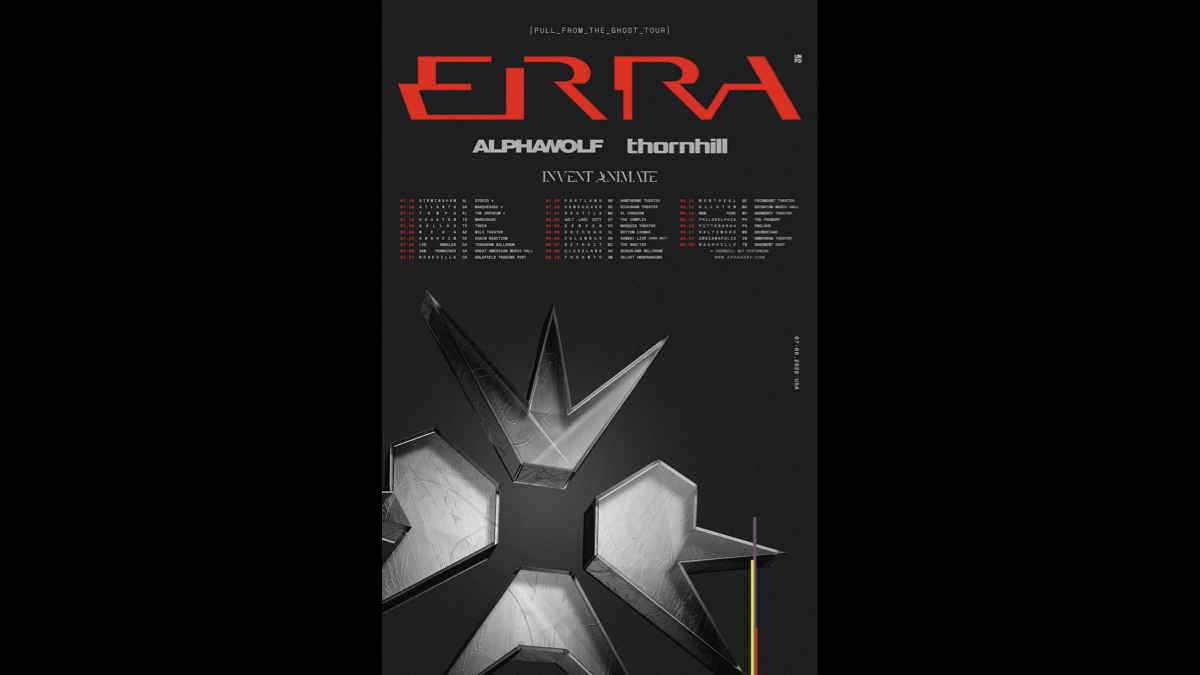 Erra have announced that they will be launching their own headline trek this summer called the Pull From The Ghost Tour that will include support from Alpha Wolf, Thornhill, and Invent Animate.

They will be kicking things off on July 15 in Birmingham, Alabama at Zydeco and will wrap up the tour on August 20th in Nashville at Basement East, with tickets going on sale this Friday, May 13 at 10am ET.

JT Cavey had this to say, "We'll be excited to run this with our pals in Invent Animate and to finally experience the highly regarded Australian riff lords in Thornhill and Alpha Wolf."

"This tour will go down in history as the greatest tour that has ever happened since the last tour you attended," added Jesse Cash. See the dates below: