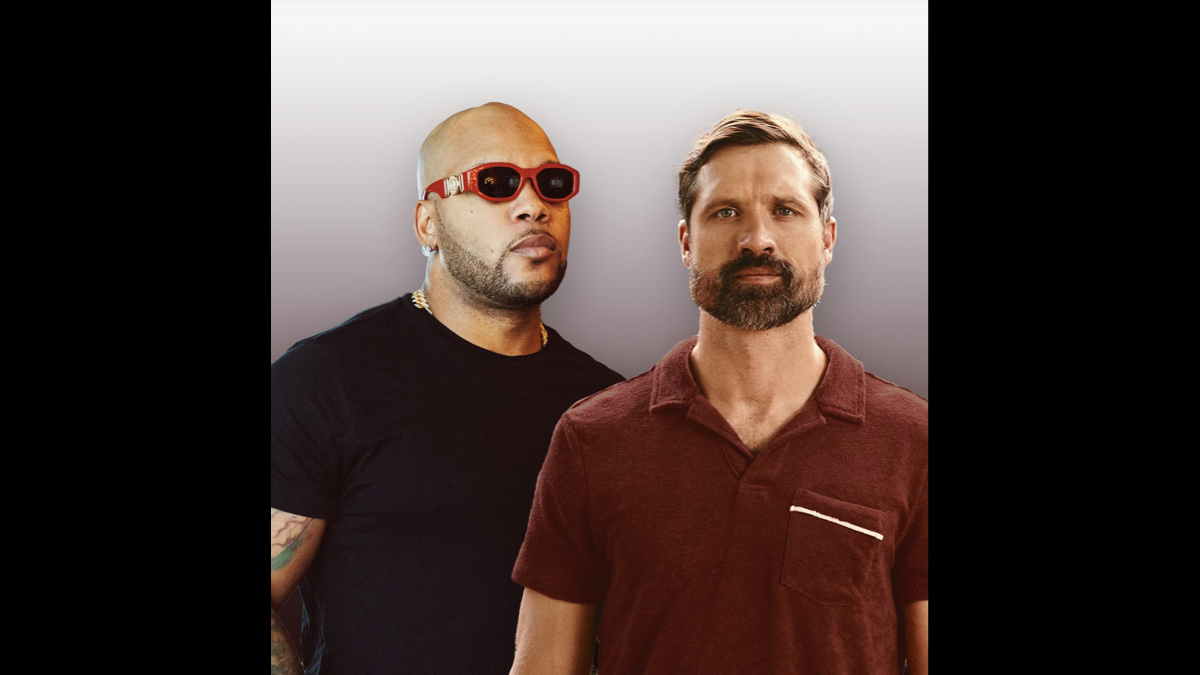 Flo Rida and Walker Hayes have shared a lyric video for their brand new collaboration called "High Heels". Monument Records sent over the following details about the track:

No strangers to chart topping success, both artists know what it feels like to create a song that millions can relate to, dance to, and sing along to. "High Heels" is no different, except it brings the genius of the award-winning singer/songwriters together for the first time for a musical event that is equal parts unexpected and undeniable.

When Flo Rida first heard "High Heels," he knew he was diving into deep territory with the honest and revealing lyrics. In the first line of the track, he sings, "I take my whiskey neat to hide my mixed emotions, and they don't have a clue" - a glimpse into the struggle a lot of artists go through when smiling through the often lonely and tumultuous career. Furthering that point, the struggle in the lyrics are coupled with a happy, up-tempo beat that is frustratingly catchy.

While recording the song, Flo Rida realized something was missing, and he tapped Hayes to add a verse with his own take on how he has handled the last year of his life. One that saw his smash-hit "Fancy Like," an ode to the simple things in life, like a date night at Applebee's, sit atop the Billboard Hot Country Songs Chart for over six months and garner Hayes his first GRAMMY-nomination.

A pro at pairing deeper topics with catchy beats ("AA," "Craig," "Don't Let Her"), Hayes jumped at the opportunity to collaborate with the multi-Platinum artist and share a bit of what he's experienced this last year. On the track, he sings "I almost got that GRAMMY, but I guess they don't do fancy like me," capping off the verse with the ultimate mic drop....he ends with, "but it's ok, I got low miles on my Prius, rollin' down the road with Jesus, and my food at Applebee's is for free."

Written by Hayes with Daniel Majic, Meron Mengist, Fraser Churchill, Sean Davidson, Dre Davidson, and Breyan Isaac and produced by The Monarch and Majic, "High Heels" is a club-ready anthem about doing the best we can and enjoying life as it is.

Also out today is a lyric video Hayes and Flo Rida created to accompany the track. Both artists have added the song to their set lists while out on the road, and the video shows the excitement the arenas are already feeling for the track. Watch the video below: