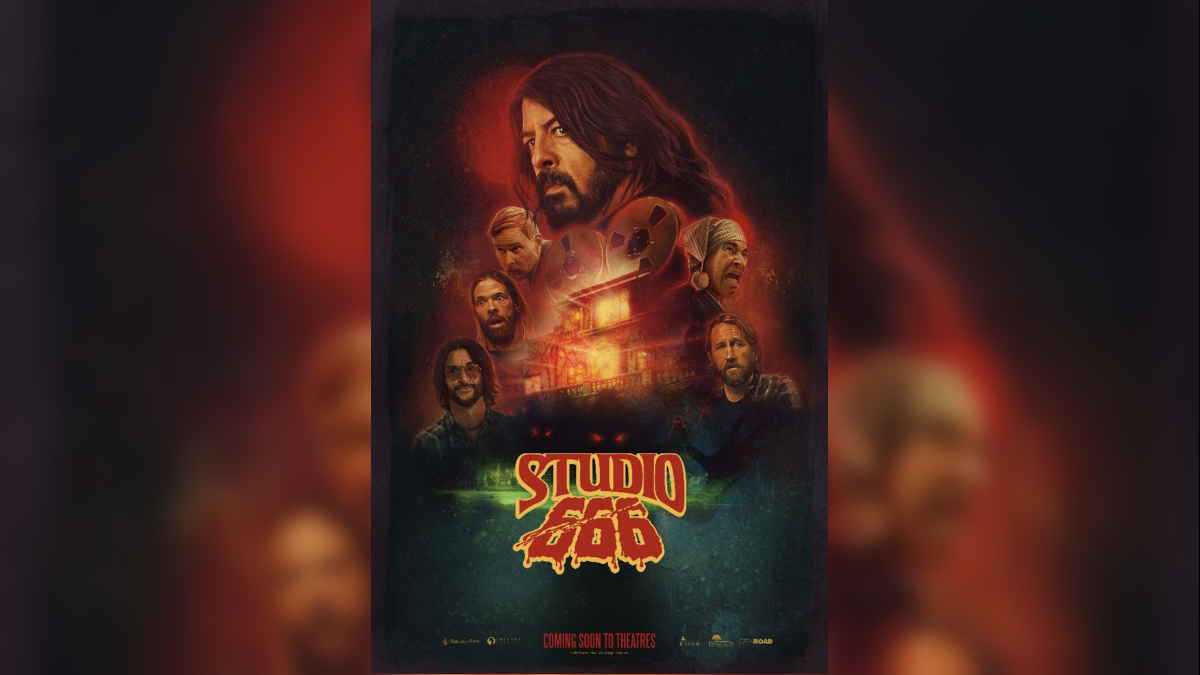 (hennemusic) The Foo Fighters are streaming the trailer for their forthcoming horror-comedy film, "Studio 666." Due in US theaters on February 25 and directed by BJ McDonnell ("Hatchet III"), the project sees the band move into an Encino mansion steeped in grisly rock and roll history to record their much-anticipated 10th album.

Once in the house, Dave Grohl finds himself dealing with supernatural forces that threaten both the completion of the album and the lives of the band.

The film, which will include appearances from Jeff Garlin, Will Forte and Whitney Cummings, is a throwback to vintage rock pictures of the past, according to its director.

"'Studio 666' is a perfect combination of all things I love: rock, horror, and comedy all tied together in a very thrilling motion picture," explains McDonnell. "I am so excited to have teamed up with the Foo Fighters to create an old school 'band' movie. It's been years since we've seen something like The Beatles 'Help!', The Monkees 'Head', or 'KISS Meets The Phantom Of The Park'. Take that '60s / '70s old-school band film fun, mix it with horror and 'Studio 666' is born! I am so ecstatic for audiences of film and music to come together and enjoy our film."

The Foo Fighters recently announced dates for a 2022 tour of North America; the series will open with three US east coast gigs in May before the launch of a full stadium run that will begin July 17 at Citi Field in New York and wrap up with two nights in Los Angeles in mid-August. Watch the trailer here.