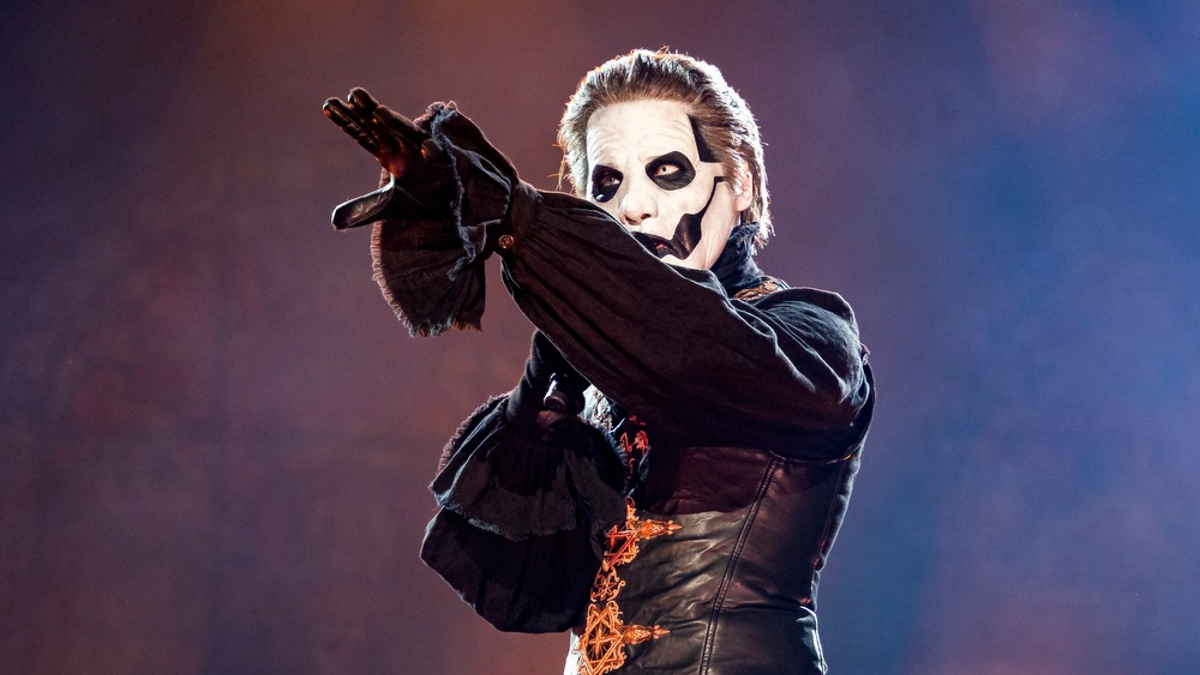 (hennemusic) Ghost have released a music video for their new single "Spillways", which comes from the band's latest album, "Impera", that delivered a career high for the Swedish group when it debuted at No. 2 on the US Billboard 200, besting a No. 3 position with 2018's "Prequelle."

"We wish to inform you that it's been way too long since Ghost simply rocked your socks off in a music video," says the band. "Without further ado, we present Ghost in all their blasphemous majesty. This is 'Spillways', directed by Amir Chamdin."

"Spillways" follows "Hunter's Moon", "Call Me Little Sunshine" and "Twenties" as the fourth single from the 2022 project, which was produced by Klas Åhlund.

Ghost will launch a North American tour - with Mastodon and Spiritbox - in San Diego, CA on August 26. Watch the "Spillways" video here.