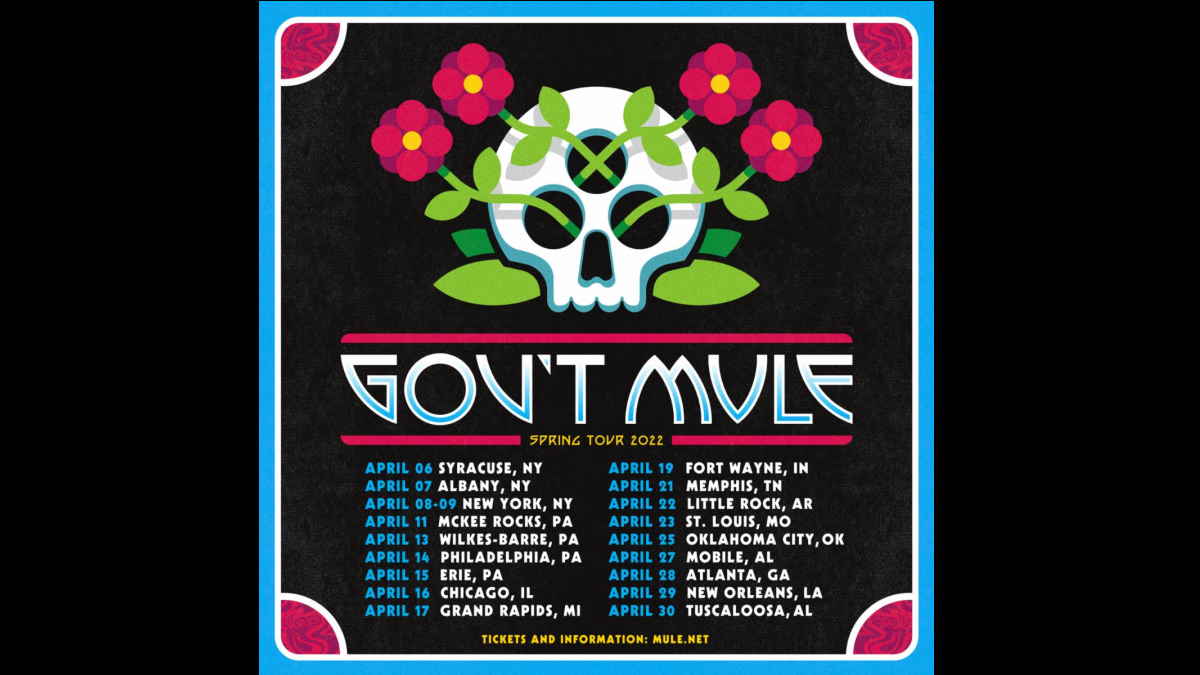 Gov't Mule have announced that they will be hitting the road this spring for a U.S. headlining tour in support of their chart-topping album, "Heavy Load Blues".

The tour is set to kick off on April 6th in Syracuse, NY at the Landmark Theatre and will wrap up on April 30th in Tuscaloosa, AL at the Druid City Music Hall, followed by an appearance at the Riverbend Festival in Chattanooga in June.

Warren Haynes had this to say, "We've really been looking forward to getting back out on the road and doing a 'proper' tour to play all these new songs.

"I don't know who's more excited - the fans or the band. We can't wait to get back to playing every night. Most of these venues are ones we've played before and love, but there are a few new places we're eager to visit.

"We're also thrilled to reschedule our New Year's shows and continue our 'Black and Blue' theme, which I think is different from what people may have expected. See you out there!"

Tickets to the general public will go on sale beginning Friday, February 4th at 10am local time. See the dates below: