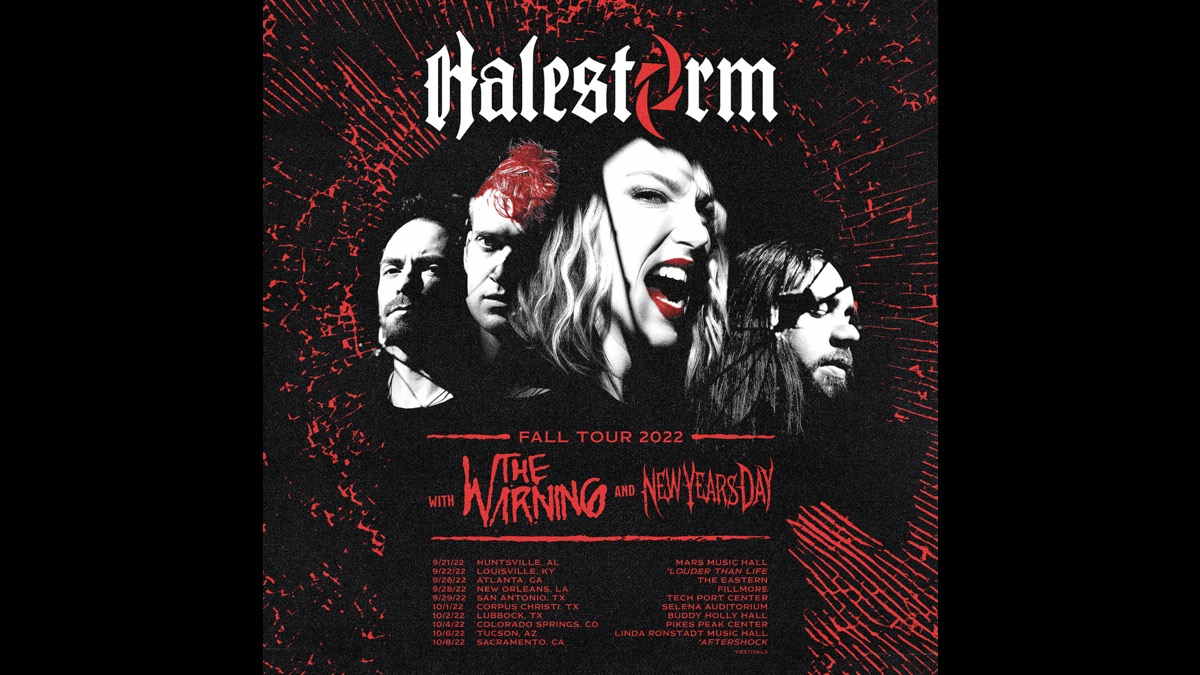 Halestorm have announced a brand new run of tour dates this September and October that will feature support from The Warning and New Years Day.

The new dates will follow their previously announced summer headline tour dates that will include The Pretty Reckless as direct support, along with The Warning and Lilith Czar.

The new fall leg is set to kick off on September 21st in Huntsville, AL at the Mars Music Hall and will wrap up with the band's appearance at this year's Aftershock Festival on October 8th.

They are touring in support of their new album, "Back From The Dead", and tickets for the newly announced headline dates go on sale starting today (June 7th). See the dates below: