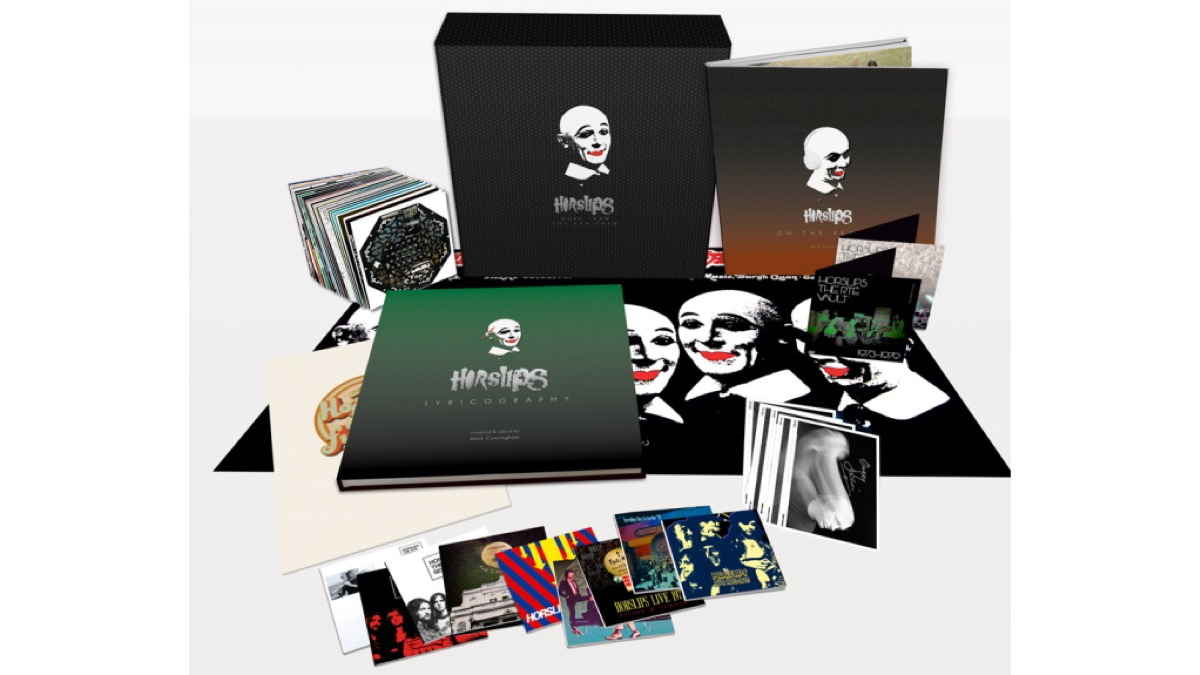 (Glass Onyon) Celtic rockers Horslips have announced that they will be celebrating their 50th anniversary with the release of the "More Than You Can Chew" 35-Disc Box Set on July 29th.

The set will include Includes 33 CDs, 2 DVDs, 2 Books, 5 vintage 8x10 photos, Poster and Memorabilia. Glass Onyon sent over the following details about the special release:

Horslips, the founding fathers of Celtic Rock, are delighted to announce that, while rumors of their demise as a performing entity have sadly not been exaggerated, they are releasing, in July 2022, through the good auspices of Madfish Music, "More Than You Can Chew" - a stunning 35-disc box set overflowing with music, film and printed matter encapsulating their entire career.

The set has been curated by Bert Jansch/John McLaughlin biographer (and longstanding Horslips fan) Colin Harper in close collaboration with the band members. The audio, including most of the film audio, has been restored and (re)mastered by IFTA award-winning engineer Cormac O'Kane. Herculean Horslips biographer Mark Cunningham has written the books, with fresh input from the band, and, wearing his day-job designer hat, has lovingly designed the set under the oversight of Horslips' de facto art director Charles O'Connor. In addition to the previously unreleased content, "More Than You Can Chew" includes two albums new to any digital medium: "Tryal" (1983) by the Host (a post-Horslips band featuring Eamon, Johnny and Charles) and "Breaking Star Codes" (1983) by Barry Devlin.

1 folder of fan club facsimiles from the 70s

Watch the trailer for "More Than You Can Chew" below: