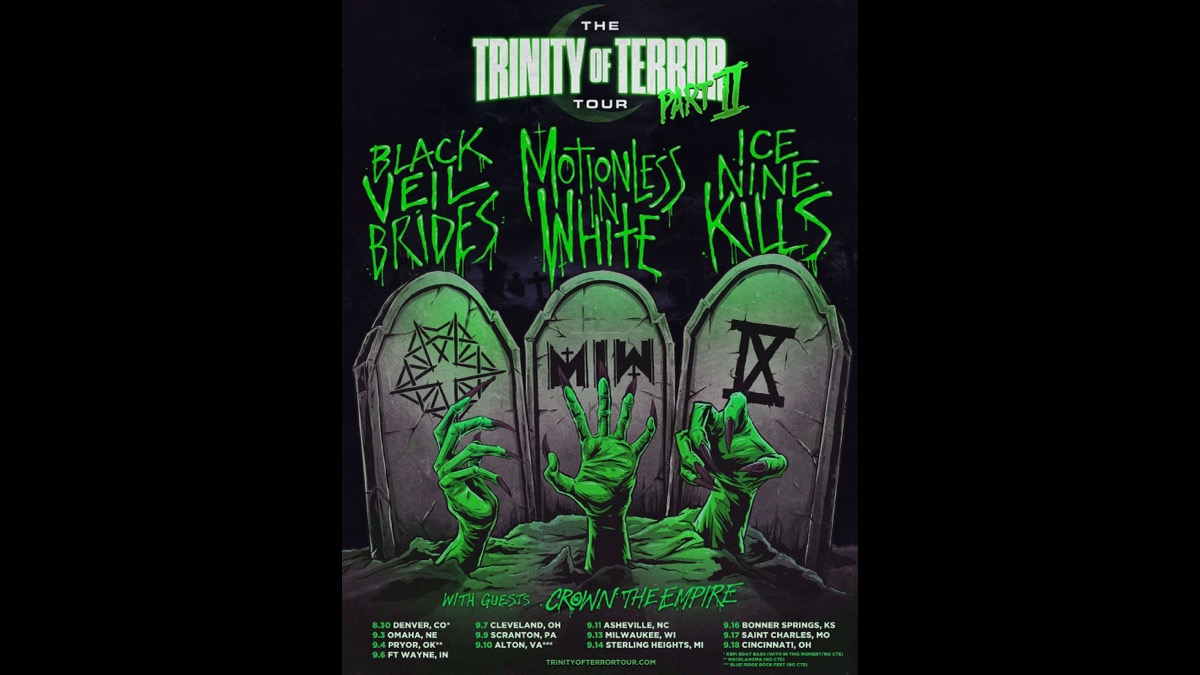 Ice Nine Kills, Black Veil Brides, and Motionless In White have announced that they will teaming up again this summer for a second leg of their triple co-headline North American Trinity Of Terror Tour.

The new tour dates will see will three bands alternating closing sets each night and they have recruited Crown The Empire to be their special guest for the trek.

They will be kicking things off on September 3rd at Omaha's Liberty First Credit Union Arena and will conclude the tour at Cincinnati's ICON at The Andrew J Brady Music Center September 18th. See the dates below:

Singled Out: The Mayor's Quit While You're Ahead