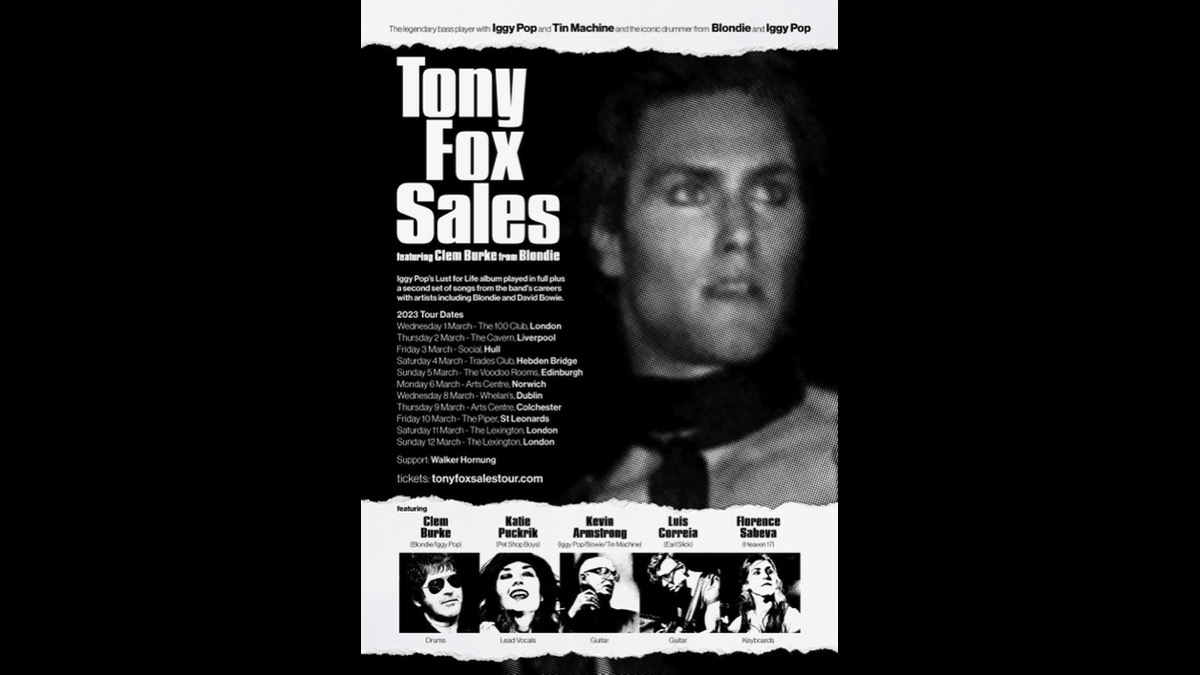 Bowie and Iggy Pop collaborator Tony Fox Sales has announced that he will celebrating the 45th anniversary of the Lust For Life with a UK tour this spring.

Tony had this to say, "I look forward, with great anticipation, to returning to England to tour this coming year. The Lust For Life album was the recording highlight of my fifty-eight year career in music for me.

"It was an amazing experience artistically, and personally. Memories not too soon forgotten. Though, as of now, I have not worked with the entire line-up of players for this tour, I have no doubt, that this will be an ass-kicking event! Lust For Life!"

Katie Puckrik added "I'm a show pony from way back: along with my broadcast career covering pop culture, I performed onstage with The Fall and Michael Clark Company, I toured the world dancing with Pet Shop Boys, and I sang in Sparks' opera The Seduction of Ingmar Bergman, both on the original cast recording and in performance. I have worked with towering icons of music, but taking on the magnificent Iggy Pop's vocal duties for this Lust for Life re-make/re-model is an electrifying opportunity like no other. Not only do I get to sing anthems like 'Lust for Life' and 'The Passenger' (as well as my personal fave from the album, 'Success'), but I'm surrounded by some of Iggy, Bowie and Blondie's key players, including Tony Sales, Clem Burke and Kevin Armstrong. So strap on your horse tails and join me in celebrating Lust for Life."

Sales will perform the Lust For Life album in full, as well as revisiting songs from across the individual band members' careers with legendary artists such as Blondie and David Bowie. The eleven-date tour also includes a special one-off date in Dublin.