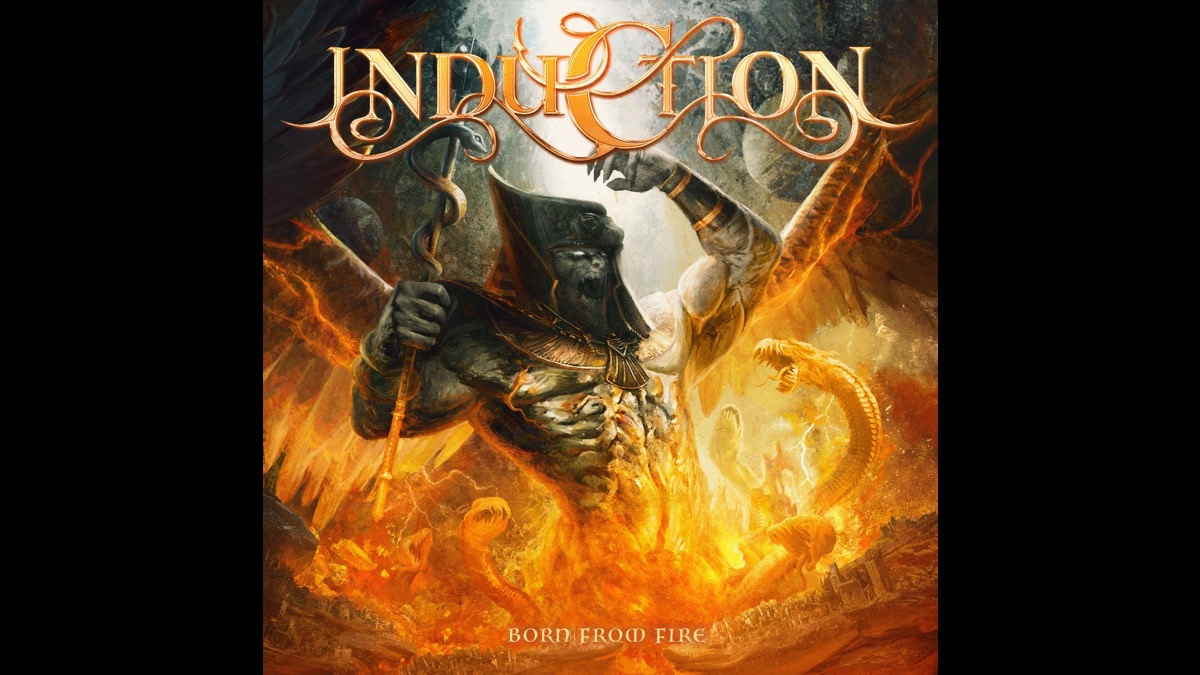 Induction have released a music video for their song "Embers", which is dedicated to Children Of Bodom's late frontman Alexi Laiho, and comes from their brand new album, "Born From Fire".

Tim Kanoa Hansen said of the song, "'Embers' is the reflection of his influence on both my songwriting and guitar playing. This is my way of paying tribute to one of my heroes.

"'Embers' doesn't only reflect Alexi's writing style put into Induction's context, but also lyrically, it's about the passing of great people and heroes and letting them live on in our memories. 'Embers' is also presented together with a music video, which represents the lyrical topic of evanescence and postmortem."

He said of the new album, "Louder, bigger, better, faster, stronger. Let me welcome you to the new album of Induction. Born From Fire is out now and will take you on a journey through its universe.

"It's a statement to the power metal scene that it's time to wake up from the slumber and to get some fresh air. Born From Fire's epos will draw you in with heartfelt stories, live, catchy melodies, and mind-bending arrangements.

"While not being a concept album, we still have a very specific message to convey, which - bluntly put - is: We are back and stronger than ever. Not only Induction, but the world of music, in general, after the pandemic's fatal reign."