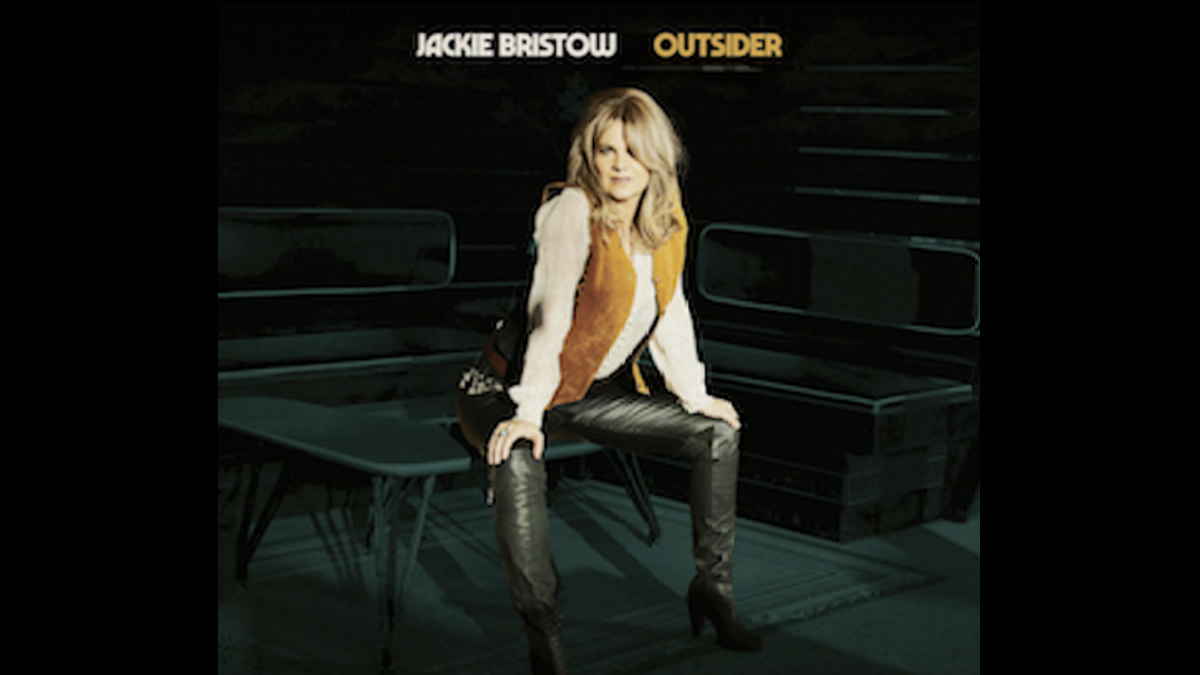 (Conqueroo) Jackie Bristow has announced that she will be releasing her new studio album, "Outsider", on March 4th, which marks her fifth studio album and first to be released by Mesa Bluemoon Recordings. We were sent the following details:

Bristow has taken many musical journeys to reach her fifth album. The New Zealand native has gone to Sydney, Australia to Los Angeles to Austin to Nashville to pursue her artistic vision. Outsider finds her standing at crossroads - of soul and country; rock 'n' roll and singer-songwriter folk - and reveals her drive to embrace change, keep moving, and to discover something new and exciting.

While building upon the strengths of her previous albums, Bristow drew inspiration from the music of the American South - particularly the myriad sounds found in her adopted home, Nashville. "Nashville feels like a melting pot in a hub of creativity," says Bristow. "Being exposed to such great American music has really inspired me."

Outsider, Bristow's debut effort for Mesa Bluemoon Recordings, is slated for a March 4, 2022 release. With its mix of acoustic and electric guitars, pedal steel and banjo - and strings and horns, the album stands as a triumph by a singer-songwriter who American Songwriter has hailed as "crafting some of the most beautiful, compelling Americana today."

Bristow recorded it mostly with her longtime musical partner Mark Punch (Kasey Chambers, Tim Finn) at his Nashville studio before Covid shut down the world. Punch, a Country Music Association of Australia "Musician of the Year" winner, produced 11 of the album's 12 tracks, adding his own subtle, allusive guitar lines. As always, he's a remarkably empathetic accompanist for Bristow, as their amazing live shows as a duo make clear.

Price also joins singer Kristen Rogers (Lori McKenna, Brent Cobb) in lending their vocals to "Tennessee" and "Fool for You." Outsider is blessed throughout by contributions from an all-star cast of hip studio musos. Acclaimed Norwegian singers Tor Egil Kreken and Mari Kraken, well-known to Americana fans around the world from the band Darling West, contribute an ethereal grandeur to the tracks "Shaking My Bones" and "Easy Road."