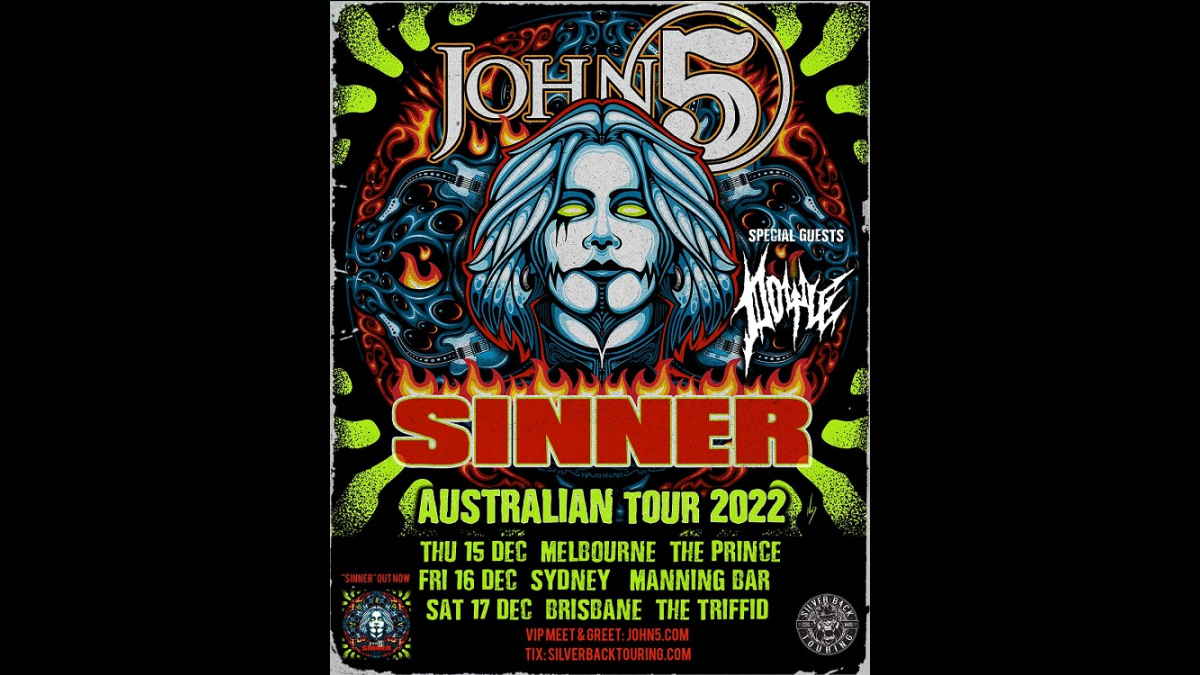 John 5's solo tour of Australia has been postponed due to the pandemic restrictions in the country. The new trek will take place in December and will feature Doyle as support.

The tour's promoter Silverback Touring had this to say, "We are devastated to advise that due to the surging Omicron cases together with newly announced venue restrictions, the John 5 Australian tour will need to be rescheduled once again.

"Whilst it is unfortunate and regretful that this tour needs to be postponed again, the safety, wellbeing and health of both patrons, staff and the tour party is paramount. The density restrictions on venues, particularly in Sydney and Melbourne make it very difficult to stage these shows.

"There is, however, some silver lining with John 5 now touring on the back of his new album, Sinner, which means fans get to experience new music live.

"We are also stoked to announce that legendary Misfits guitarist, Doyle Wolfgang von Frankenstein and his eponymous band, Doyle, will be joining the tour as special guests.

"Existing ticket holders need not do anything. If you cannot attend the new dates, you may seek a refund from your point of purchase subject to some processing conditions."