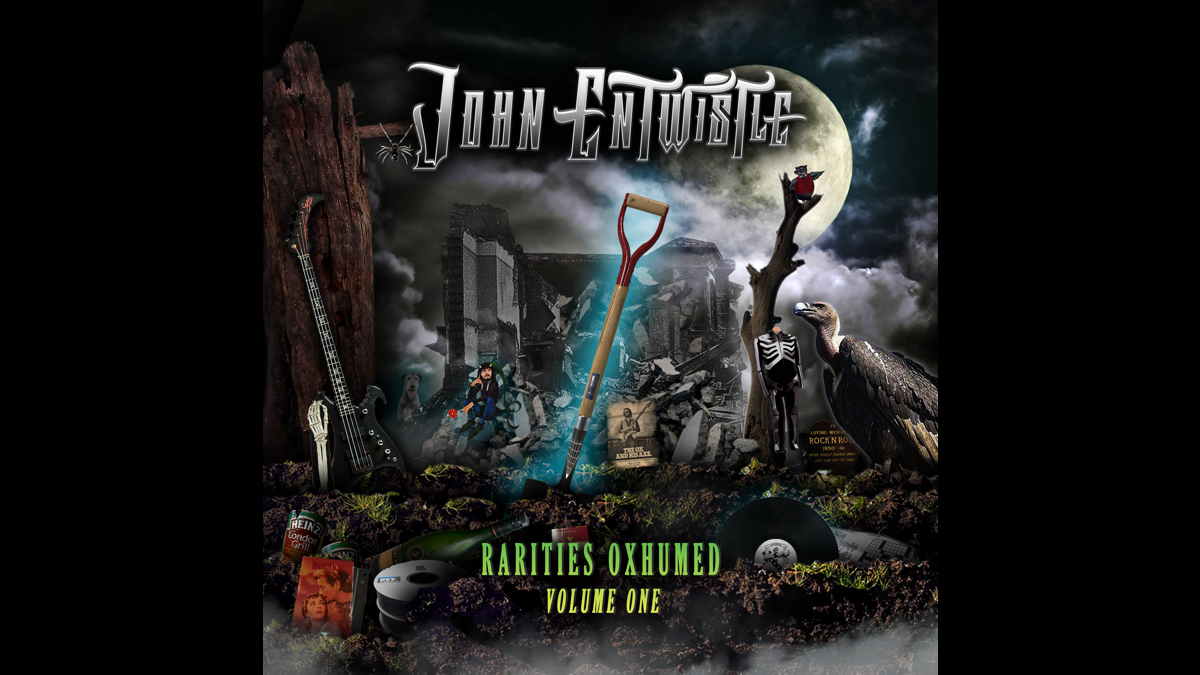 A rarity track called "I'll Try Again Today", from John Entwistle, late legendary bassist for The Who is now streaming online as a preview to a new rarities collection that will be released in October.

Chipster shared these details: Rarities Oxhumed - Volume One is the first in a series of posthumous releases coming from John Entwistle as part of a new partnership with Deko Entertainment and longtime friend and collaborator Steve Luongo.

This first one has unreleased and remastered studio tracks, demos, and live tracks with gems like "Bogey Man" featuring Keith Moon, "Where You Going Now" (demo for the Who), and a raw live version of "Trick of the Light" recorded during the John Entwistle Band's final tour in 2001. We will also take you behind the scenes with an expanded booklet with never-before-seen photos and a look into life on the road with John Entwistle. As Steve Luongo comments, "John and I began touring together in 1987. Every tour was more fun than the last. That was the idea. Play loud aggressive rock & roll, have fun, laugh our asses off, travel to the next gig, and repeat. During the 15 years that we worked together as a rhythm section, we remained true to that cause. Along the way we recorded some records and created a sizable catalog of ideas and material for the future. The future is now."

The album cover concept was conceived by Steve Luongo and Chris Entwistle (John's son). It gives a nod to John's dark sense of humor and includes many of John's favorite things. The two also worked with celebrity designer Queenie (Katy Perry, Miley Cyrus, Cardi B) to create two commemorative pieces of jewelry based on the Entwistle Crest. These are limited to only 300 each of both a necklace and keychain. As Deko president, Bruce Pucciarello, states, "Hearing the foundation of sound that John Entwistle provided Pete Townshend on Live at Leeds was transformational for me. Watching Steve find these never heard gems from John's career and making them available to the public is an honor for everyone involved."