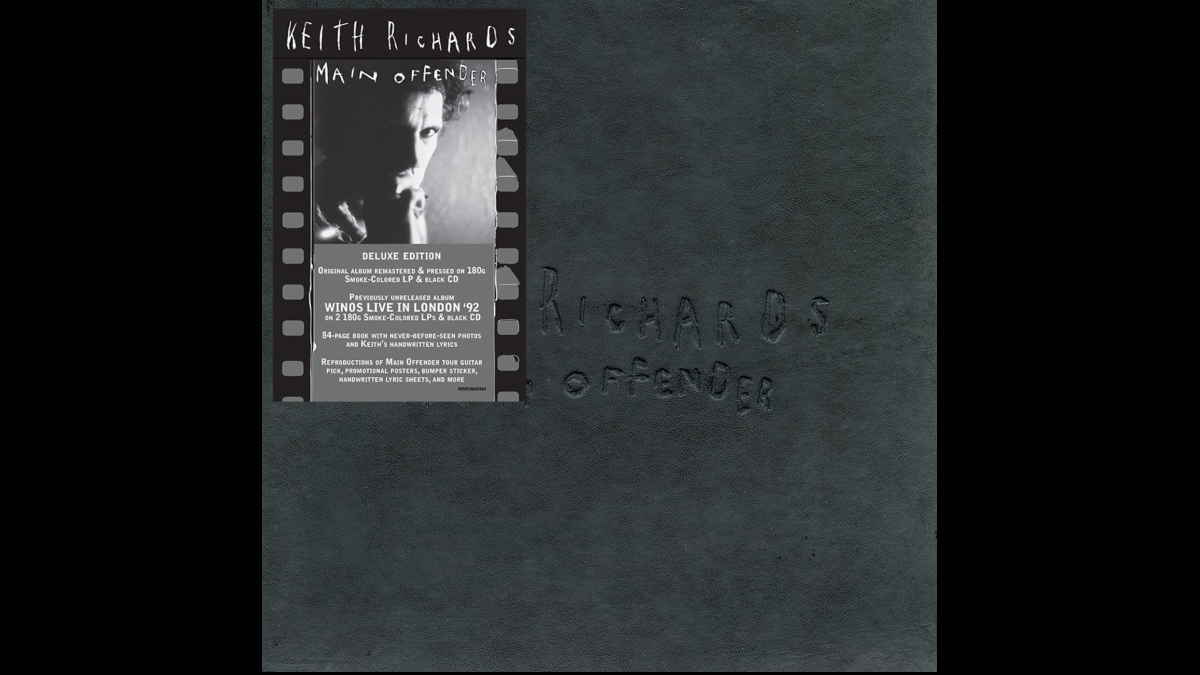 (hennemusic) Keith Richards is streaming a lyric video for "999", a track featured on the forthcoming expanded 30th anniversary reissue of his 1992 album, "Main Offender."

Due March 18, the 2022 release includes a remastered version of the studio record by original producer and drummer Steve Jordan, who also mixed and produced the bonus concert recording "Winos Live In London '92", which captures the group live at the Town & Country Club in Kentish Town.

The "Main Offender" 30th Anniversary reissue will be available in multiple formats, including digitally and on CD, limited-quantity red vinyl, and a super-deluxe 2LP boxset.

"I will be joining #LOVEROCKSNYC alongside Steve Jordan, Waddy Wachtel and Ivan Neville benefitting Gods Love NYC at the Beacon Theatre on 03/10/22," says Richards about his next live appearance. "Join us to celebrate and support this beloved and iconic NYC non-profit that nourishes New Yorkers living with severe illnesses." Watch the lyric video here.