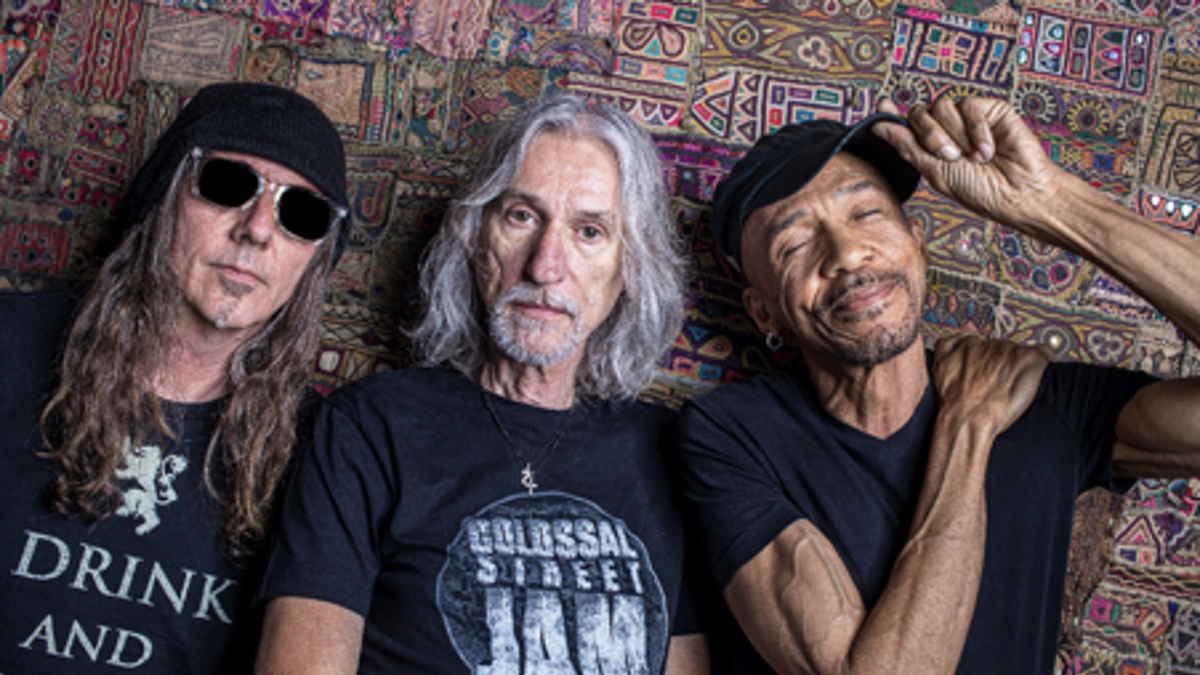 King's X have announced that they have completed work on their new studio album, their first new music in over 14 years, and have inked a worldwide deal with InsideOutMusic/Sony Music.

The new album, their 13th studio effort, will be released on September 2nd. The band members, dUg Pinnick, Ty Tabor & Jerry Gaskill, each shared comments about the big news.

Pinnick shared, "I feel like it's been forever since we put out a new album, and I'm ready for the world to hear our latest offering, hopefully there's a little bit of everything that you love about Kings X, three sides of one is the best way to describe it. The groove is with us!"

Gaskill said, "It's really gonna happen! The new record is coming out soon. I'm happy to be working with the team at InsideOut/Sony Music. I'm happy with the record. I'm happy everybody gets to hear it. It's a happy day. Or at least that's what I'm telling myself. Hope you enjoy it!!!"

Tabor added, "I have a long standing relationship with InsideOut and am so pleased that InsideOut/Sony is releasing the new King's X album."

InsideOutMusic label-head Thomas Waber also shared, "We have known the guys since forever and have been fans even before then. We are really looking forward to adding another album to their impressive legacy. Working on a King's X album is always a highlight and an honour!"

The band recorded the album with engineer, mixer and producer Michael Parnin (Rage Against The Machine, Mark Lanegan) at his Blacksound Studio in California.

Parnin had this to say, "I am very proud of the energy and work put into this album, especially of all the different vocal performances and varied musical influences mixed together as one. In true King's X fashion, we had several obstacles to overcome, and it wasn't easy but hopefully worth it to the amazing die-hard fans out there who have been waiting so patiently and to the new listeners hearing King's X for the first time. It's an honest labor of love that I am excited the world finally gets to hear."