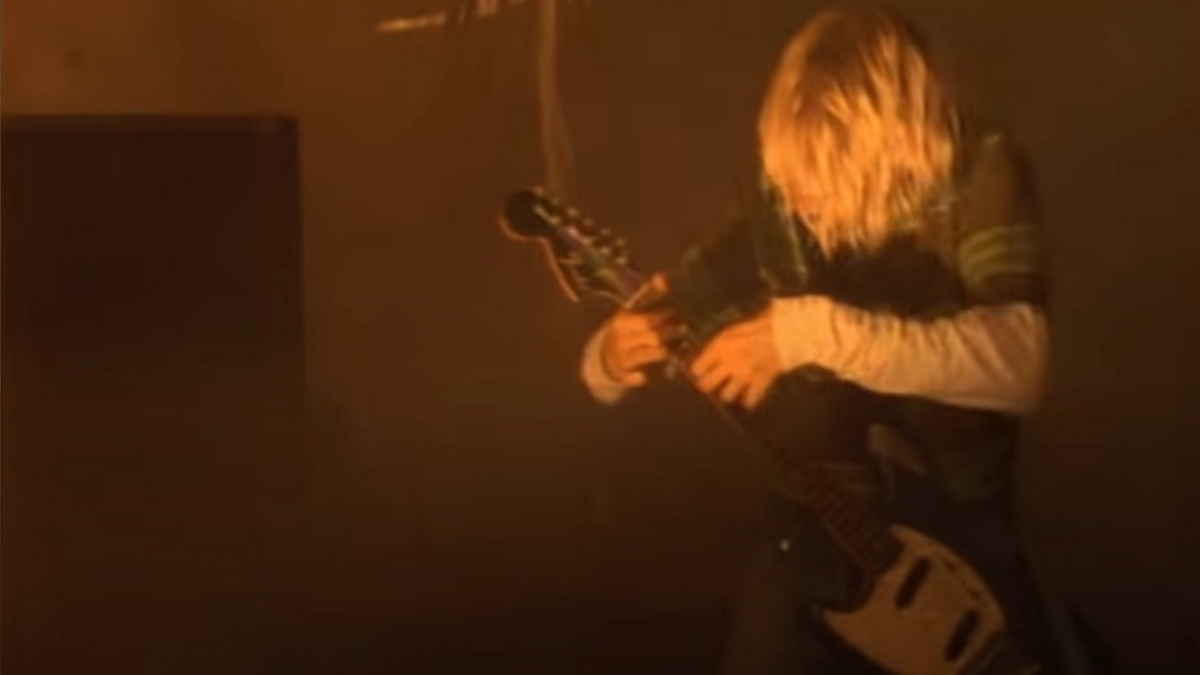 (hennemusic) The guitar Kurt Cobain played on Nirvana's 1991 smash, "Smells Like Teen Spirit", and in its accompanying video has sold at auction for $4.5 million.

The 1969 Fender Mustang electric guitar was publicly sold for the first time as part of a three-day Juliens Auctions "Music Icons" event held this past weekend at the Hard Rock Cafe New York and online at juliensauctions.com.

The left-handed instrument in Competition Lake Placid blue finish was conservatively estimated to sell for between $600,000 - $800,000. The guitar was acquired by The Jim Irsay Collection in Indianapolis in a bidding war among collectors and bidders all across the globe. In honor of Mental Health Awareness Month, the Cobain family is donating a portion of the proceeds of the legendary guitar and select Kurt Cobain items to Kicking The Stigma, the Irsays' initiative to raise awareness about mental health disorders and remove the stigma associated with these illnesses. Through grants, as well as personal donations by the Irsay family, more than $16 million has been committed to local and national organizations to expand treatment and research and raise awareness in Indiana and beyond.

"I am thrilled to preserve and protect another piece of American culture that changed the way we looked at world," said Jim Irsay, Owner & CEO of the NFL's Indianapolis Colts. "The fact that a portion of the proceeds will go toward our effort to kick the stigma surrounding mental health makes this acquisition even more special to me."

Get more details about the auction event and watch the video here.