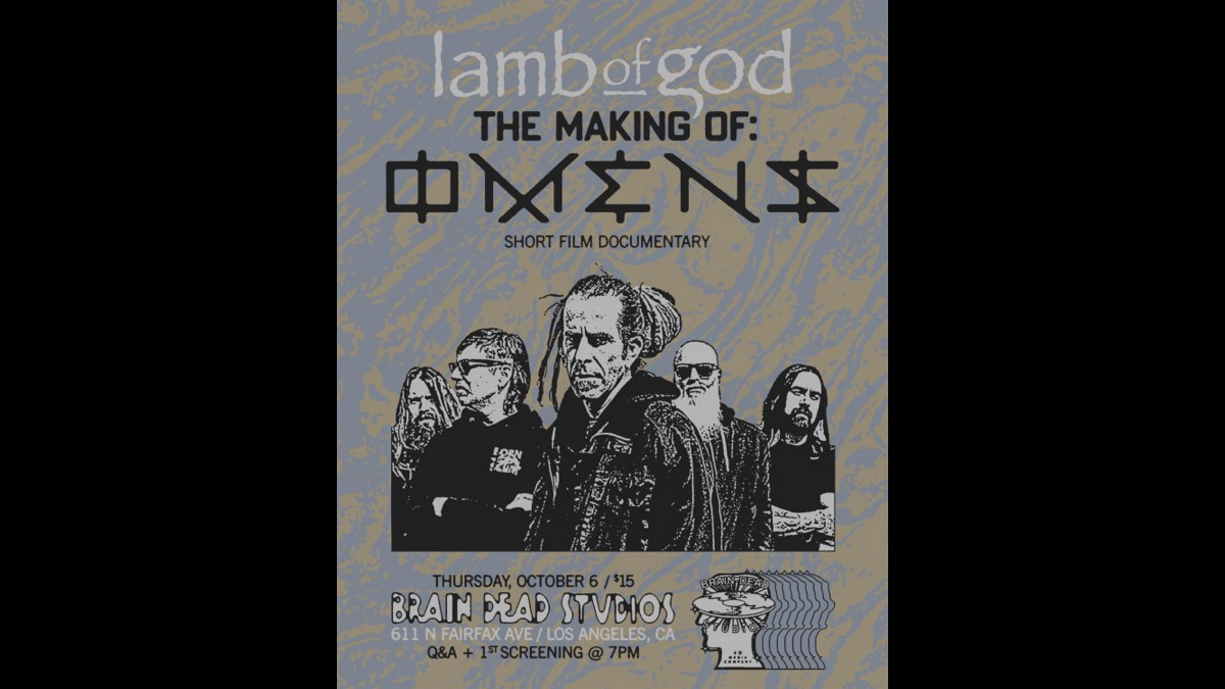 (Adrenaline) Lamb Of God have announced that their brand new "The Making Of: Omens", a short film documenting the recording of their forthcoming album will premiere with a live stream event on October 6th.

They will also host a screening of The Making Of: Omens at Brain Dead Studios in Los Angeles on Thursday, October 6. Join the band for a live, brief introduction and Q&A followed by a screening of the documentary and signing with the band.

"In February 2022, we entered Henson Studios in Los Angeles, CA to begin recording our 9th studio album, what would become Omens. We recorded this record the old-fashioned way... with five of us, in a room together, playing music. We filmed the entire process." - Lamb Of God

The documentary will include four full song performances recorded in the live room at Henson Studios: 'Nevermore', 'Omens', 'Vanishing' and 'Gomorrah'."

Standalone live stream and video-on-demand tickets on-sale now and the stream will begin at 5pm PT / 8pm ET and will be available to watch on-demand throughout the month of October here.