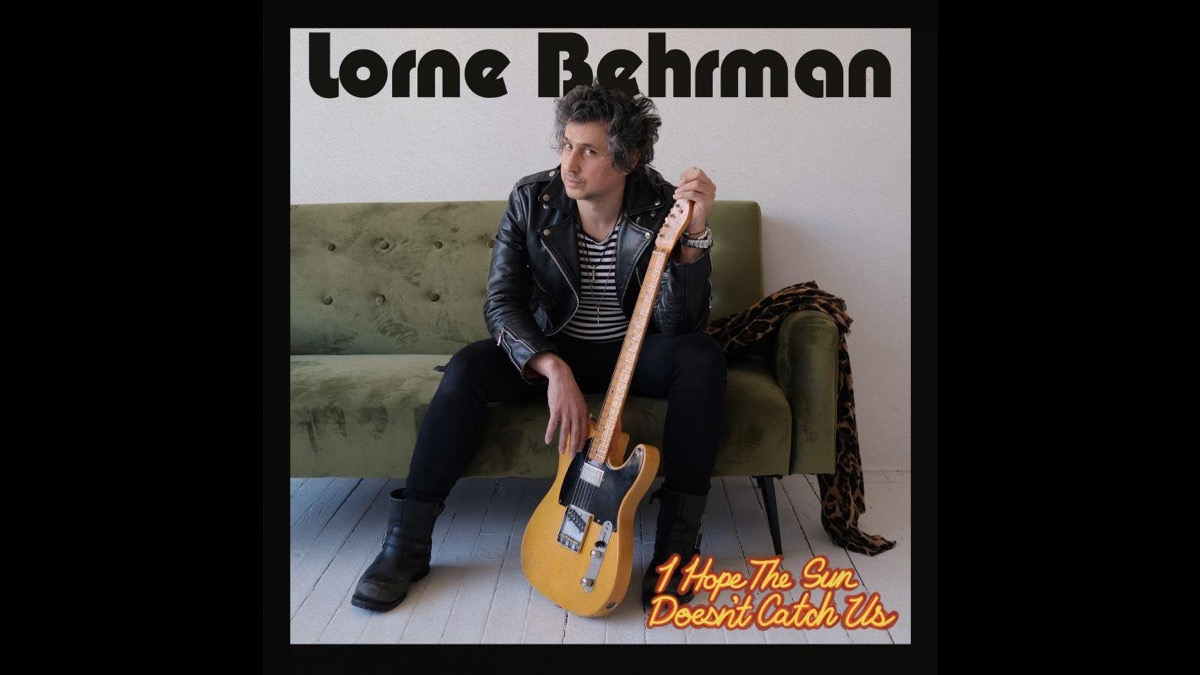 Lorne Behrman has released a music video for his Television-inspired song "I Hope The Sun Doesn't Catch Us". The track is the second taste of Lorne's forthcoming debut album, "A Little Midnight" which will arrive on September 16th.

Behrman said of the track in a Q&A accompanying the video release, "I have always wanted to experience the musical feelings people ascribe to The Grateful Dead. That idea of music taking you on a journey and having this surrealistic and abstract artistry-and Television had that. I encountered them in my early 20s. Before that, I had heard of them, and read about them, but had no idea what they sounded like. At the time, I had fallen in love with punk, and wanted to know everything about it. I bought the CD as investigative research-I wanted to know what this strain of punk/proto-punk sounded like.

"The first few notes instantly pulled me in. It was like hearing music I had wanted to experience my whole life. At the time, I was playing in bands more aligned with The New York Dolls, The Clash, and The Sex Pistols. Most of the people in my circle thought Television was pretentious and too jam-based, as Television had extended guitar solos. I kept listening-this music felt like an extension of the Velvet Underground and The Stooges. I knew one day I could merge all these influences.

"Television's music has stuck with me to this day; it never feels dated and the musicianship is so strong that it feels like decades later I am still playing along to this album and learning new things. Punk used to mean to me total freedom, and this "you can do it" optimism. For many years I became myopic and mired in cliched nihilism, but these days I love the spirit of punk and feel it can be anything, as long as it's true to my soul."

Watch the "I Hope The Sun Doesn't Catch Us" video, directed by David J Barron and filmed in Manhattan, below: