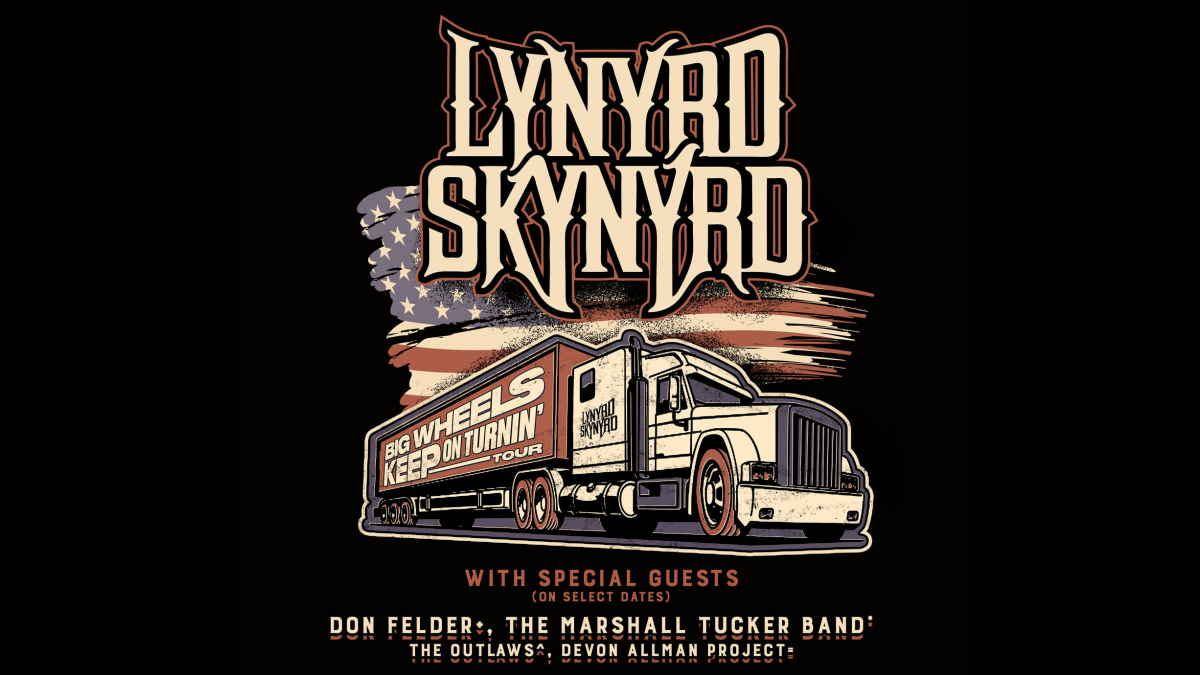 (hennemusic) Lynyrd Skynyrd has announced a new series of US concert dates as part of their Big Wheels Keep On Turnin' tour. The band will open the 2022 series in Scottsdale. AZ on April 9, with shows currently scheduled into late September.

Over the course of the 14 show run, Lynyrd Skynyrd will be joined by a rotating series of special guests, including Don Felder, the Marshall Tucker Band, the Outlaws, and the Devon Allman Project.

"Skynyrd Nation, we're getting back on tour," says the group. "Check out when The Big Wheels Keep On Turning Tour rolls through your city." Presales are now underway for the tour, with general public tickets going on sale Friday, March 11, See the dates here.