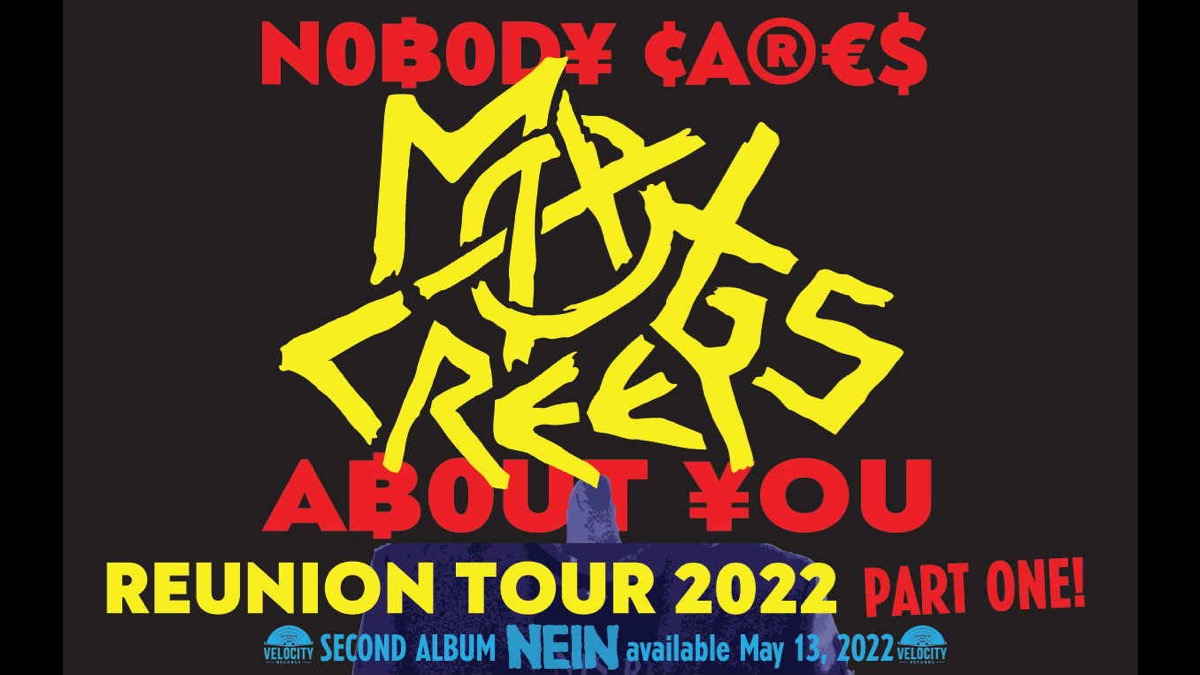 Max Blastic stepped forward with a request: "Please let us know if you have a place in any of these cities we can crash after the show - it's been a while since our last tour and I think some of the houses we used to crash at have been torn down or sold. Where you guys livin' now?" PC Bullsh*t added: "Anybody got any gear and a van?"

Last week was an emotional one for the duo of Bullsh*t and Blastic as the pair announced their break-up on Tuesday, witnessed an unprecedented outpouring of admiration with tributes from Henry Rollins, Billie Joe Armstrong, Lee Ving, Duff McKagan, Laura Jane Grace, Slash, Jaz Coleman, and so many more, and then ultimately, joyously announced not only the reunion of Max Creeps but news of a new album as well as a preview via "Burn It Down" and its accompanying video (watch it below).

"I feel we've made the record we meant to have made back in the day. If the topics seem familiar, well, WE WROTE THEM FIRST," said Blastic as news of the album's impending release broke. "I don't actually REMEMBER what the songs are about but I KNOW we were the first and the best. We were and are ALWAYS the first and best."