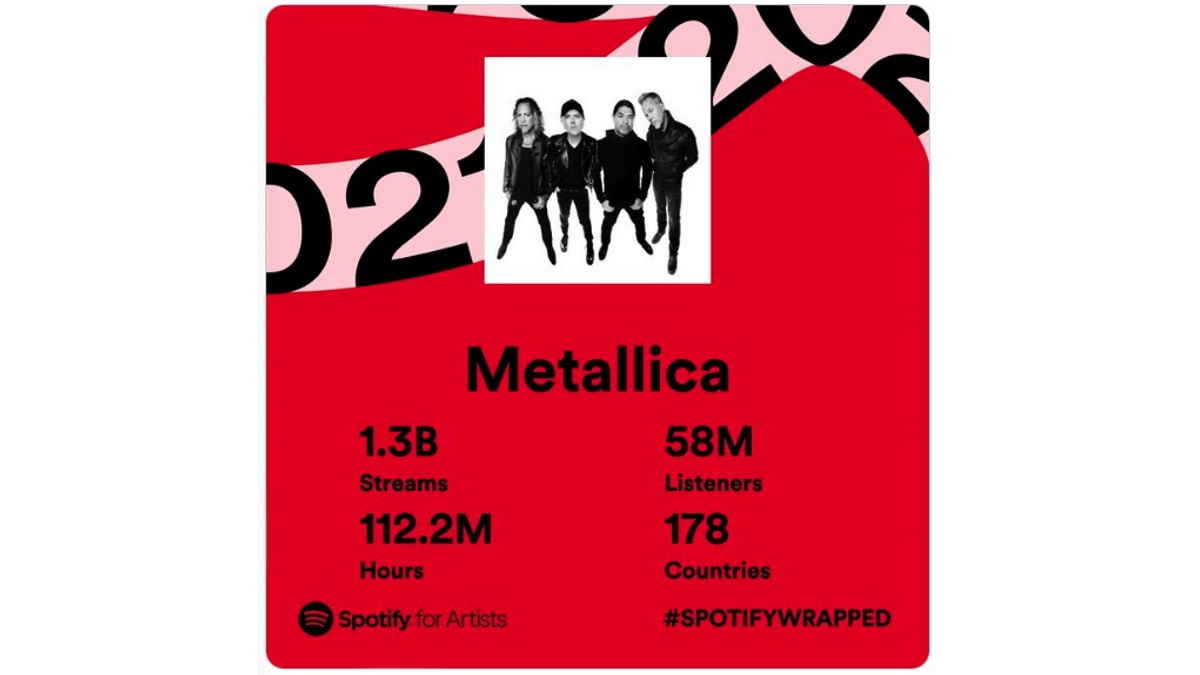 "With all the ups and downs of 2021, one thing remained consistent - you listened to a lot of Metallica on Spotify!," shared the band on social media. "Just when we thought you couldn't possibly listen to any more, you went and proved us wrong. Clocking in at 112.2M hours of streaming, we were the top artist for 1M of you!

"Honestly, we don't even know what to say. But a massive THANK YOU, 'TALLICA FAMILY feels pretty appropriate right about now. Happy New Year to you all; we'll see ya in 2022!"

Metallica wrapped up their 2021 with a series of 40th anniversary celebrations in San Francisco, CA recently that saw them play two shows at the city's Chase Center. See the band's tweet here.