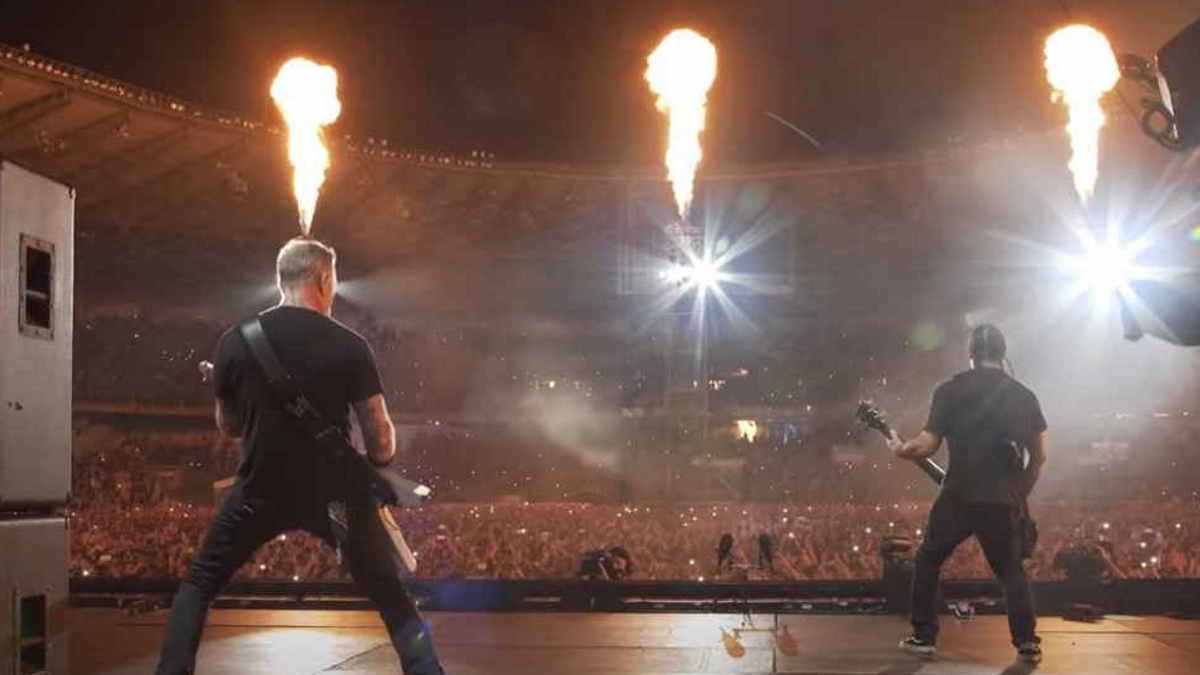 (hennemusic) Metallica rocked their 1984 classic, "For Whom The Bell Tolls", during a July 6 appearance at the Mad Cool Festival in Madrid, Spain and have shared video of the performance.

The tune was featured on the band's second album, "Ride The Lightning", which they recorded in in Copenhagen, Denmark with Flemming Rasmussen, who would also join the group to produce 1986's "Master Of Puppets."

According to setlist.fm, the song is one of the top 5 most-played songs in concert by the group since its release almost 40 years ago. Metallica - who are also sharing video of "Whiskey In The Jar" from the event - performed on the opening night of the five-day Spanish festival, which also featured appearances by Imagine Dragons, Muse, Kings Of Leon and jack White, among others.

Watch video of both songs here.