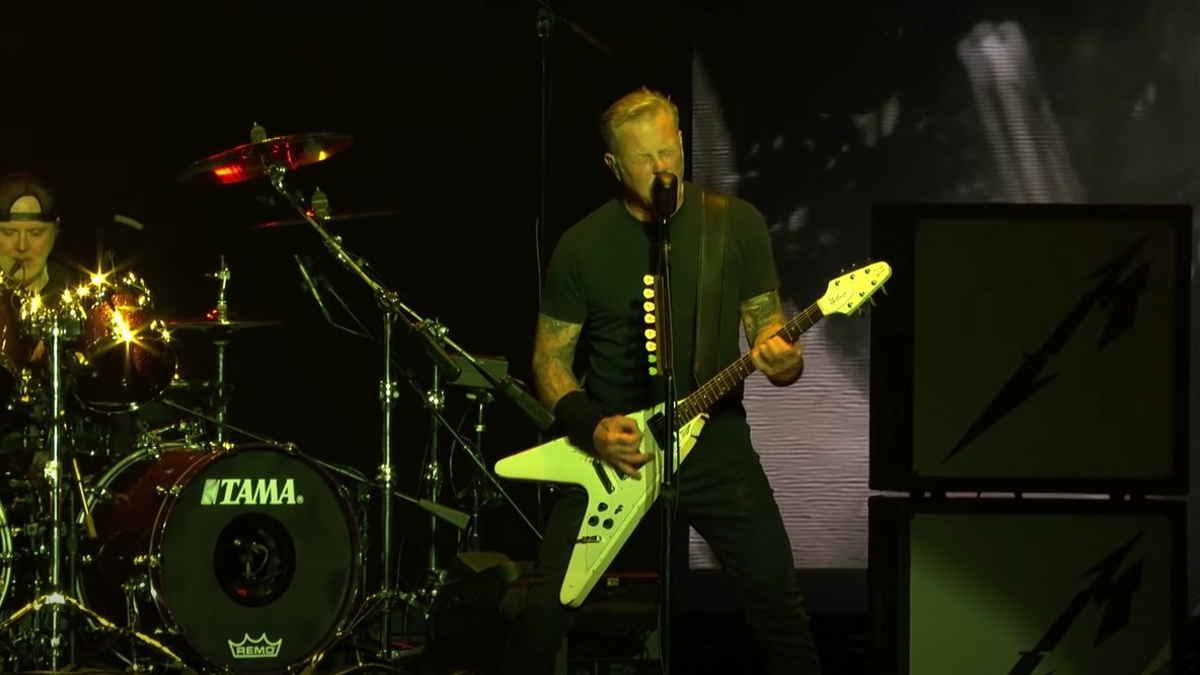 (hennemusic) Metallica are streaming pro-shot video of a performance of their "Master Of Puppets" classic, "Battery", from a February 25 concert at Allegiant Stadium in Las Vegas, NV.

The tune was the opening track on the group's 1986 major label debut, which became thrash metal's first platinum album on its way to US sales of more than 6 million copies.

The project was the last full studio record featuring bassist Cliff Burton, who tragically died when the band's bus rolled over in Sweden while they were on a European tour.

The Las Vegas appearance was Metallica's first live show of 2022; they'll next be seen launching a series of rescheduled South American shows in April, before returning to the US for two festivals - Bottlerock in Napa Valley, CA and Boston Calling - in late May.

The group recently announced a pair of US stadium shows in Buffalo, NY and Pittsburgh, PA that are set to take place in August. Watch the live video here.