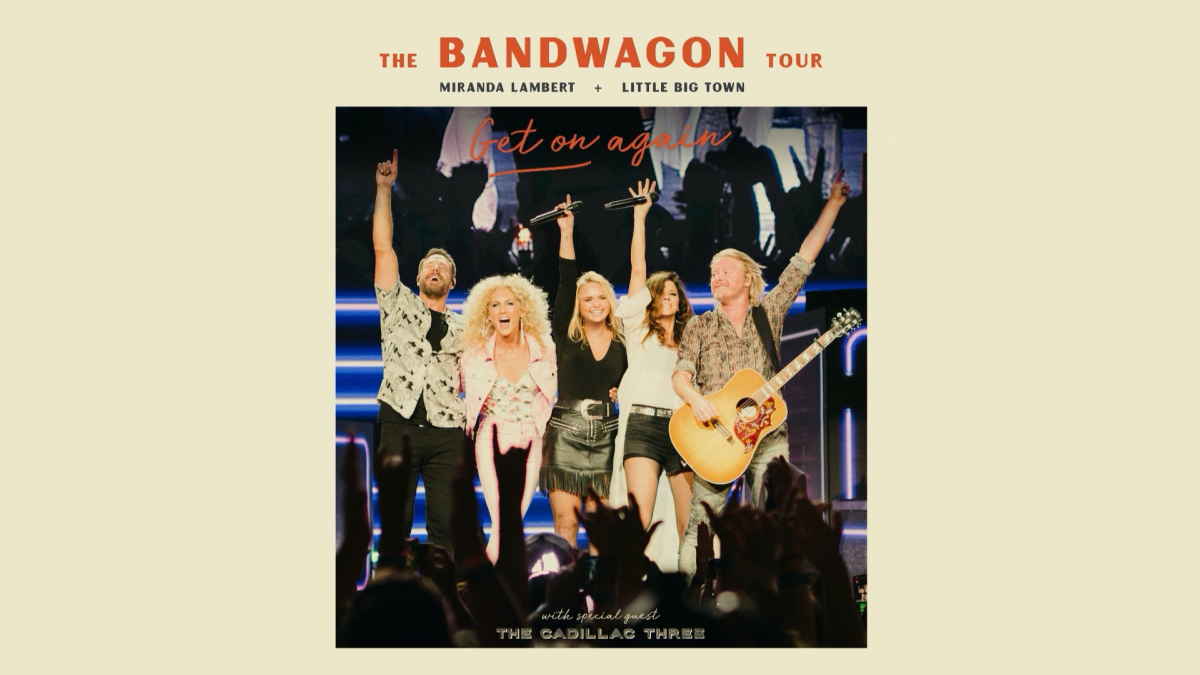 Miranda Lambert and Little Big Town have announced that they are once again teaming up for a new run of dates for their acclaimed The Bandwagon Tour.

They originally joined forces back in 2018 to co-headline the original Bandwagon Tour, and they have decided to launch a new run of dates under the same banner with support from The Cadillac Three.

The tour is set to kick off on May 6th at the Cynthia Woods Mitchell Pavilion presented by Huntsman in Houston, Texas and will conclude on June 11th at the BB&T Pavilion in Camden, N.J.

Lambert and The Cadillac Three have also announced a handful of dates that are separate from the tour including shows in Tuscaloosa, AL; Franklin, TN; Johnson City, TN in late April, just prior to The Bandwagon Tour launch.
Tickets to The Bandwagon Tour's first show in Houston go on sale Friday, January 21st at 10 a.m. local time, and all of the other dates of the trek will go on sale Friday, Jan. 14 at 10 a.m. local time.

Lambert and The Cadillac Three Dates