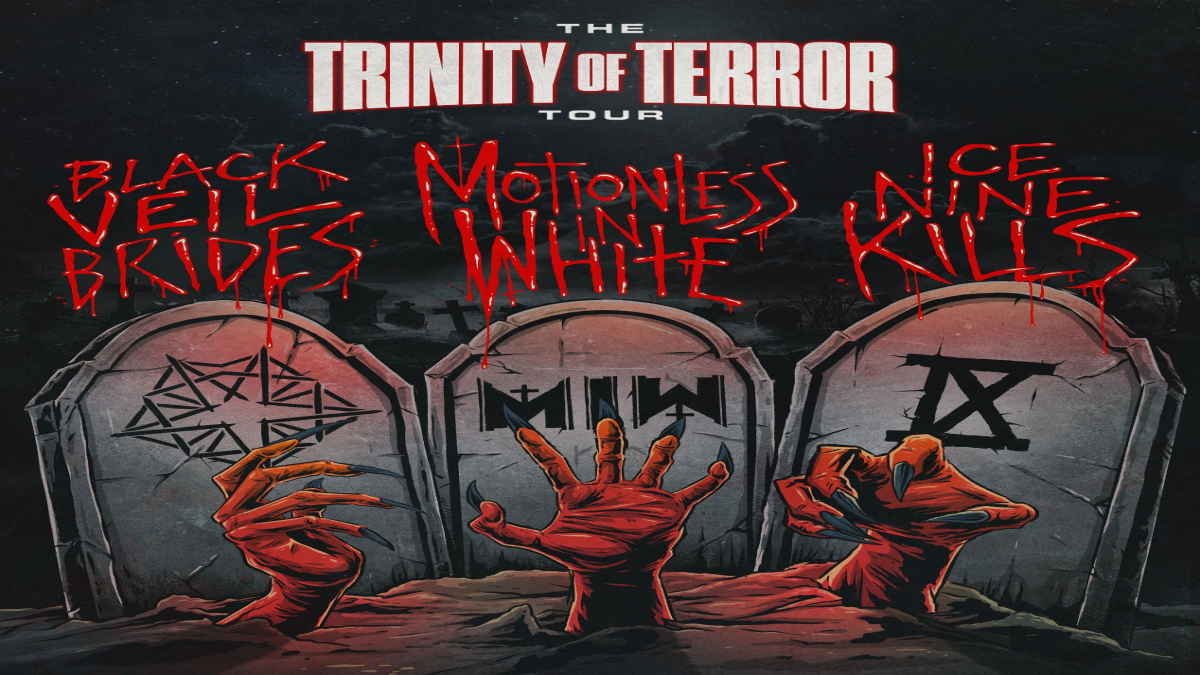 Motionless In White were forced to cancel their performance on the Trinity Of Terror Tour Part III on Tuesday (December 6th) due to frontman Chris Cerulli suffering an upper respiratory infection.

Despite the illness, the rest of the tour's bands, Ice Nine Kills, Black Veil Brides and Atreyu, planned to continue with the show at Tucson Convention Center in Tucson, AZ.

Cerulli broke news to fans via social media this afternoon. He wrote, ""It kills me to have to do this, but unfortunately, we will not be performing at tonight's show in Tucson.

"I have been fighting an upper respiratory infection for a few days now, and as I learned at last nights show, I am physically unable to perform, and I need to let my body rest and recover. BVB, INK, and Atreyu will all still be performing tonight as scheduled.

"We hope you still enjoy the show with these amazing bands, but refunds are now available at your point of purchase.

"We will be picking back up tomorrow in Los Angeles.

"Thank you for understanding.

Motionless In White Deliver Their 'Masterpiece'

Motionless In White Music and Merch