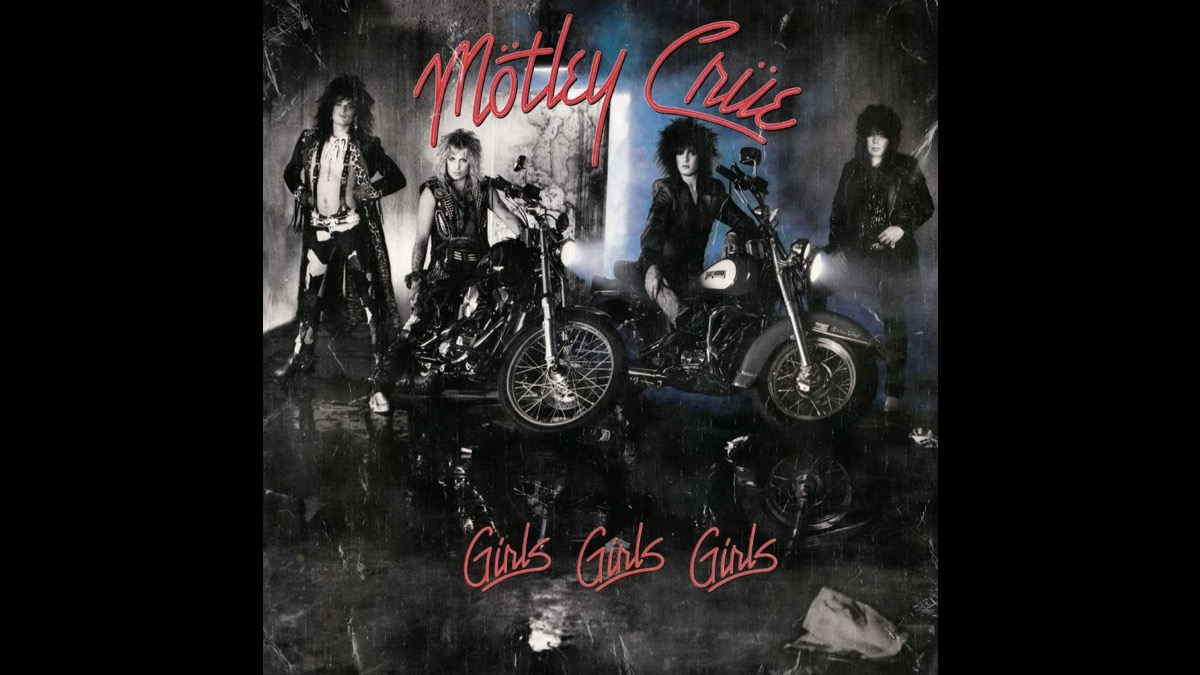 The 35th anniversary of Motley Crue's 'Girls, Girls, Girls' album is being celebrated by the syndicated radio show In The Studio With Redbeard: The Stories Behind History's Greatest Rock Bands.

Redbeard had this to say about the episode, "Life can't always be big issues and brain surgery, which is precisely why the world needed Motley Crue and Girls, Girls, Girls in mid-1987 to report in from the 'Wild Side' while marauding through North America 'All in The Name of Rock'. Peaking at #2 on Billboard Album Sales chart, Girls, Girls, Girls would eventually equal their preceding mega-seller Theatre of Pain with another four million copies sold. The always eyebrow-raising Nikki Sixx and hilarious Vince Neil are my guests In the Studio on the thirty-fifth anniversary of the album's release.

"In an alternate universe where being boring and predictable is the Original Sin, Vince Neil, Mick Mars, Nikki Sixx, and Tommy Lee of Motley Crue would be sanctified saints, because they have been waging jihad against the tyranny of the mainstream for a full four decades. After appearing earlier that afternoon on my Dallas radio show, Motley Crue lead singer Vince Neil was running from side to side at the front lip of their huge stage during a 1989 stop on their Dr.Feelgood tour in front of 18,000 fans, everyone on their feet. Motley Crue ripped through a pile-driving version of 'Looks That Kill' (which still makes me reach for the volume knob exactly the same way it first did in September 1983), and from my vantage point on the floor sidestage, Vince ran straight at me out onto a wing which extended almost to the first loge of seats just above my head, occupied by row after row of dancing, innocent-looking young women. Suddenly, as Neil reaches the edge of the stage closest to these wide-eyed young female fans, the girls simultaneously all lift their tops to expose matched pairs of bare breasts. In that instant, Vince Neil dropped the wireless microphone from his face to his side and, looking down at me in breathless bewilderment and amazement, rolled his eyes as if to say,'Can you believe this is my life?' It wasn't Spinal Tap, it was pure Groucho Marx.

"Okay, it's 'fess up time for me regarding Motley Crue and their June 1985 third album, Theatre of Pain . I absolutely loved 'Looks That Kill' (and still do, can't get enough ), but after hearing their record company's choices for singles, first Motley Crue's cover of a Brownsville Station mid-chart early Seventies pop song,'Smokin' in the Boys Room' followed by a slow piano arrangement crooning'Home Sweet Home', I decided that my Dallas-based regional powerhouse rock radio station would go easy on the airplay. Meanwhile, relatively new national influencer MTV went all in with saturation exposure for Theatre of Pain, particularly Motley Crue's 'Home Sweet Home' video. Turns out I was wrong, about four million times over!
Motley Crue as model citizens? Hardly. Harmless except to themselves ? Certainly not to the friends and family of Hanoi Rocks drummer Nicholas 'Razzle'Dingby, who paid with his life for riding with Vince Neil in 1984 just before Theatre of Pain was recorded; or to Tommy Lee ex-wife Pamela Anderson, who was kicked by Lee while she held their infant son (Lee did four months in jail for assault ); nor harmless to the family of 4 year-old Daniel Karven-Veres, who drowned in Lee's pool during a June 2001 birthday party. Essential to the evolution of rock music? Probably. It's arguable that without Motley Crue and Guns'n'Roses, grunge bands including Nirvana, Pearl Jam, and Soundgarden would not have had a reason to exist, or at least not in the same rock binge-and-purge role. Likable funny guys? You bet, in that same lovable way that while you scratch a puppy's ear it pees on your shoe. You'll see when you listen to Nikki Sixx and Vince Neil in this classic rock interview with me In The Studio." Stream the episode here.