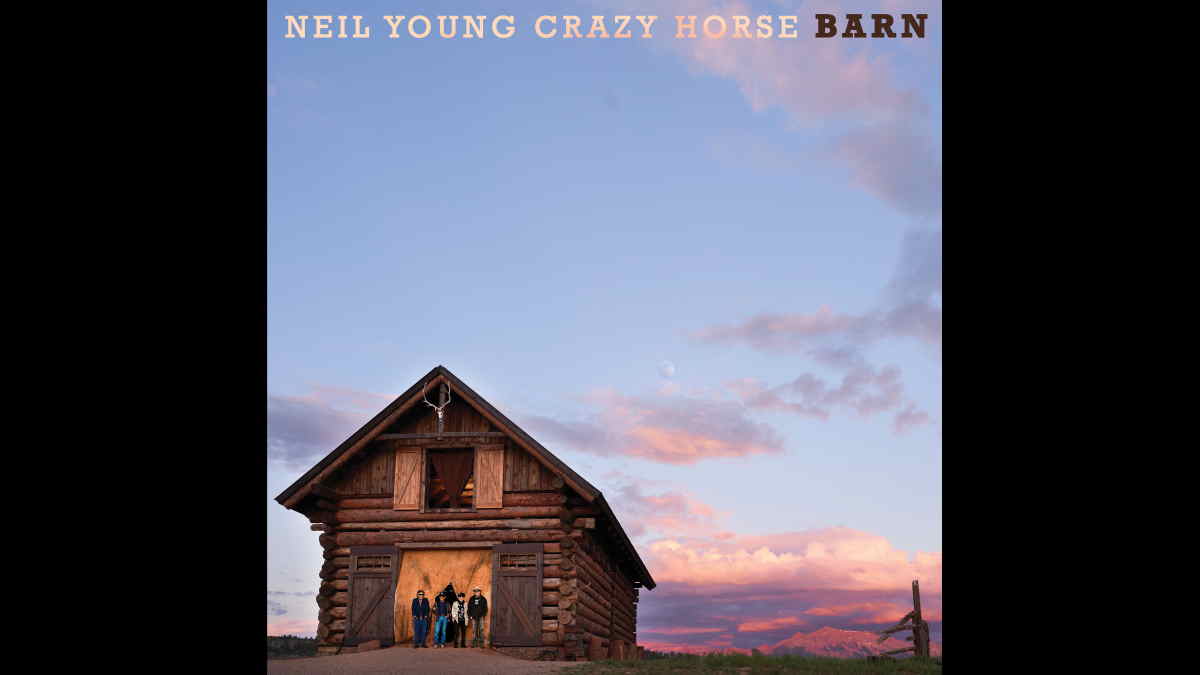 (hennemusic) Neil Young And Crazy Horse have released a music video for the song "Tumblin' Thru The Years", a track from their recently-released album, "Barn."

The follow-up to the group's 2019 album, "Colorado", sees Young joined by Billy Talbot, Ralph Molina and Nils Lofgren for the 2021 project. Young and Niko Bolas co-produced the record, which was recorded in the Rockies last June with the Le Mobile Recording Studio. "It's been a long time since we have been together, and more than a few tears have been shed," shared Young during the sessions for the record.

"We are so happy to be back in the barn, a barn built to replace the 1850s barn that had collapsed in exactly the same place, high in the mountains of Colorado! It's an exact replica of the original, built with Ponderosa pines by Ted Moews and his great crew of artisans. It is magic inside."

Upon its release last month, "Barn" debuted in the UK Top 20. Watch the new video here.