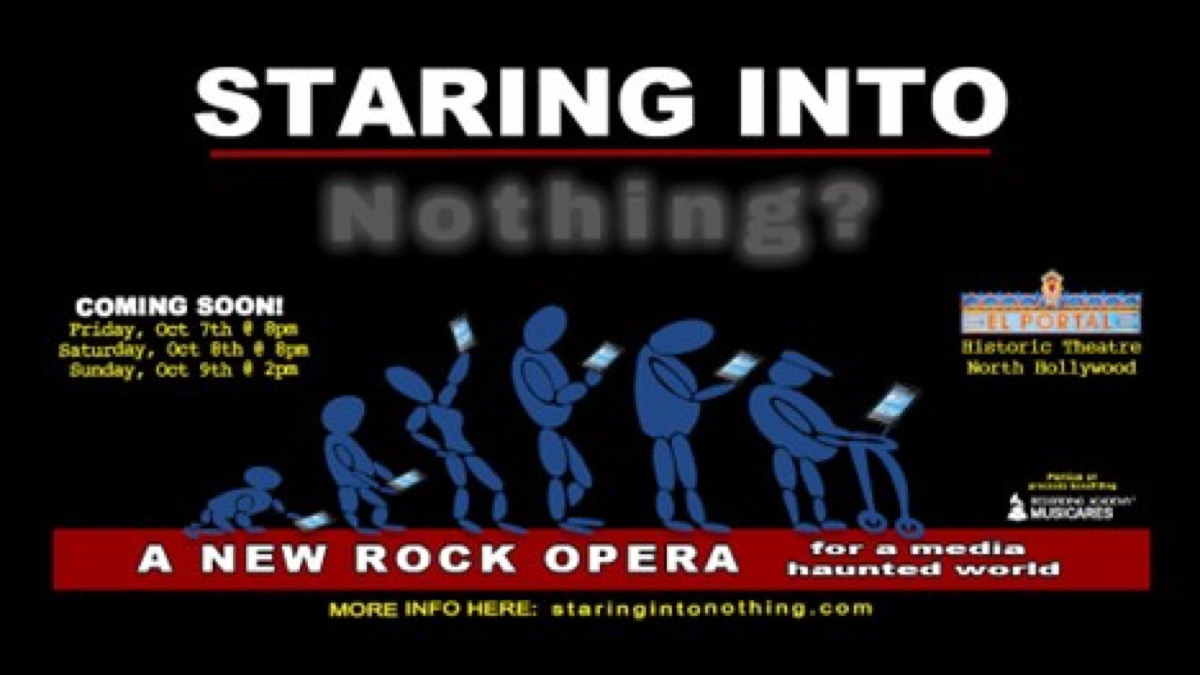 (SRO) "Staring Into Nothing?" the collaborative songwriting partnership between Kurt Barabas and Steve Rogers, has evolved into a live stage production featuring all-new music and a wide-ranging cast of actors and musicians.

Set to debut Friday, October 7 at the El Portal Theatre in the NoHo area of Los Angeles, the full-scale production will launch with three shows: Friday, October 7 and Saturday, October 8 at 8:00 PM and Sunday, October 9 at 2:00 PM. Tickets are available via the theatre's website at $55. Listen to a sample of the music here.

After releasing two albums under the name of "Staring Into Nothing?" Rogers and Barabas created a new musical/rock opera (with the same name) that explores the impact of mass media, social media and the digital information age on the quality of our lives. It asks and attempts to answer the age-old philosopher's question: "What Is Good And What Is Not?" His project was always written as a musical narrative. Upon completion of the songs, the only question was should it be delivered as a film or a theatrical performance. After seeing "Hamilton," Steve decided he definitely wanted to perform these songs with additional dialog and multiple actors live on stage and the rock opera was born.

The idea of writing a musical/rock opera that explores the philosophical concept of "Quality" began with one of Steve's favorite books: Zen and the Art of Motorcycle Maintenance by Robert Pirsig. It is subtitled "An Inquiry Into Values," and explores the relationship between people, technology and quality. Written in 1974, it could not have contemplated the technology we live with today, but the principles are the same.

Steve wanted to explore these same relationships in the modern world and mentions that during the writing process, "other books started to influence and enhance my thinking about 'What is Good and What is Not' in a world of cell phones, tablets, email and the 24-hour news cycle; particularly Brave New World by Aldous Huxley and Technopoly by Neil Postman.

Staring Into Nothing Music and Merch

News > Staring Into Nothing