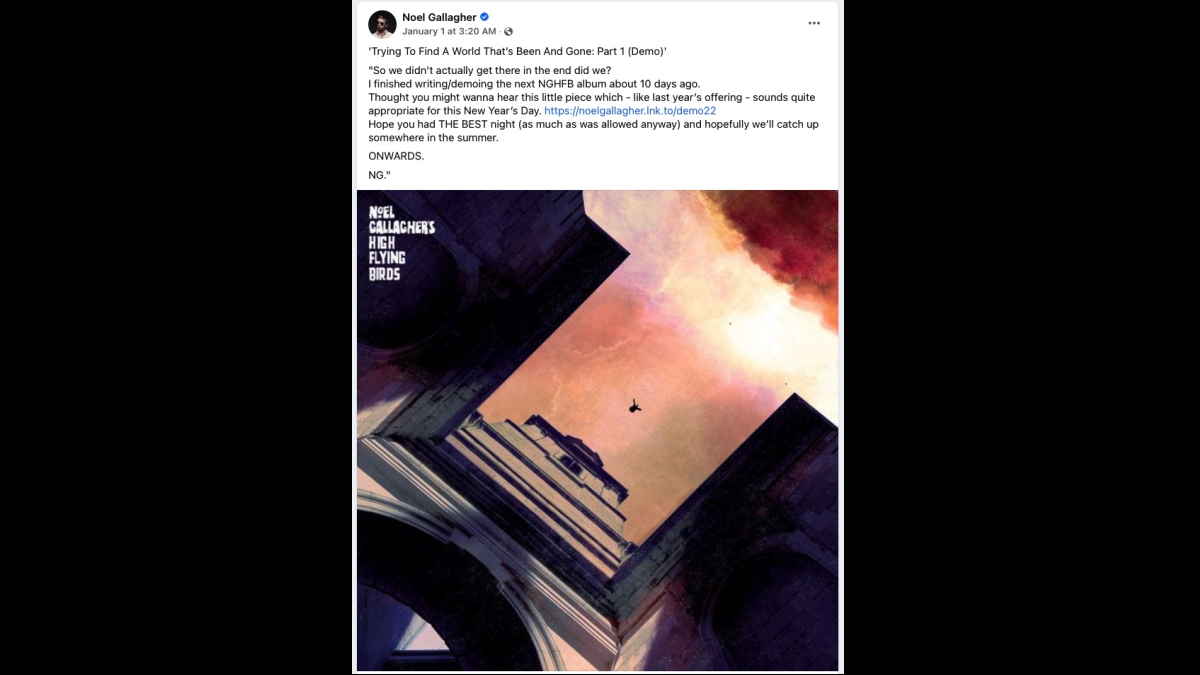 (hennemusic) Noel Gallagher's High Flying Birds are streaming a demo online of a new song that is entitled "Trying To Find A World That's Been And Gone: Part 1."

"So we didn't actually get there in the end did we?," shares Gallagher on social media. "I finished writing/demoing the next NGHFB album about 10 days ago.

"Thought you might wanna hear this little piece which - like last year's offering - sounds quite appropriate for this New Year's Day. Hope you had THE BEST night (as much as was allowed anyway) and hopefully we'll catch up somewhere in the summer. ONWARDS. NG."

Last year, Gallagher released his first solo greatest hits package, "Back The Way We Came: Vol 1 (2011-2021)"; the project - which featured two new songs while capturing the first decade of his work with The High Flying Birds - topped the UK charts to give the rocker his fourth straight solo No.1 in the country. Stream the demo here.