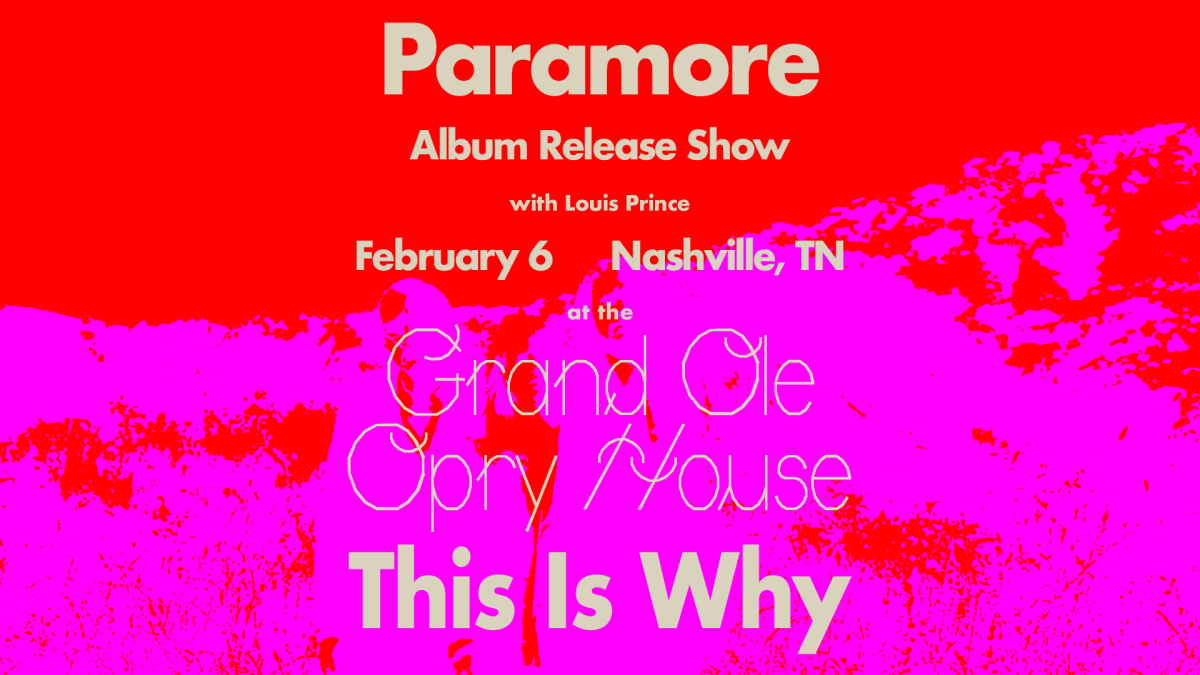 (The Oriel Co) Paramore have announced that they will be staging a very special one night only album release show for their forthcoming sixth album, "This Is Why"

The release show will be taking place on February 6th at Grand Ole Opry House. The show celebrates the band's first record in over five years at one of Nashville's most iconic and unique venues.

A confirmation email is an invitation to purchase tickets, and does not guarantee tickets will be available for every registered fan who receives one. Tickets are limited and sold on a first come first come basis.

Tickets will go on sale to the general public starting Friday, December 9th at 10am local time on paramore.net.