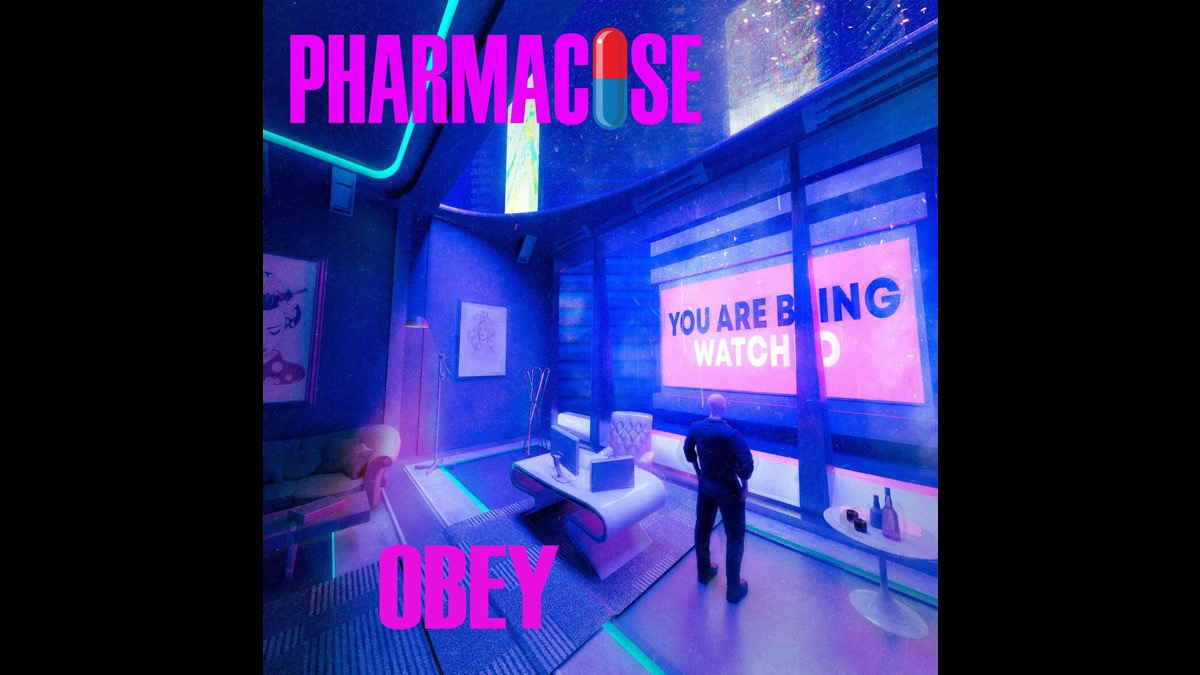 Pharmacose have released a visualizer for their brand new single called "Obey." The track is the second single off of the band's ongoing new concept project, "Ascension's Constraint", which is due for full release throughout 2022.

Wes Jones had this to say, "'Obey' is the second song from our project Ascension's Constraint, a concept album accompanied by a serialized novel. The plan is to release a song and a part of the novel each month, with 'Obey' being the first single to accompany the first part of the book. Although I'm going to try to match up the songs with the theme of the book, 'Obey' and 'Cleanse You' were written before Ascension's Constraint was really fleshed out, so they are more setting up the theme for the book.

"Set about 50 or so years from now after our currency has collapsed, a group of mega-corporations has stepped in to manage governmental functions, both locally and federally; they did not do so altruistically, as you can imagine. There is all sorts of espionage going on as corporations try to get the better of each other, and our protagonist, Alex Hobbes, gets caught up in one of their plots. If I had to classify it, I'd call it a sci-fi thriller.

"As for the song, it was one that Lu Rubino, Pharmacose's original producer and one of my very good friends, had been working on for another project. It didn't work for that project, so Lu asked if it would be a good fit for us. I loved it. I think we made some very slight changes to the arrangement, but Lu had spent so much time on it already that there wasn't a whole lot to be done aside from recording the vocals. Overall, I think it has an evolved sound that you may hear in later songs we release." Stream the visualizer below: