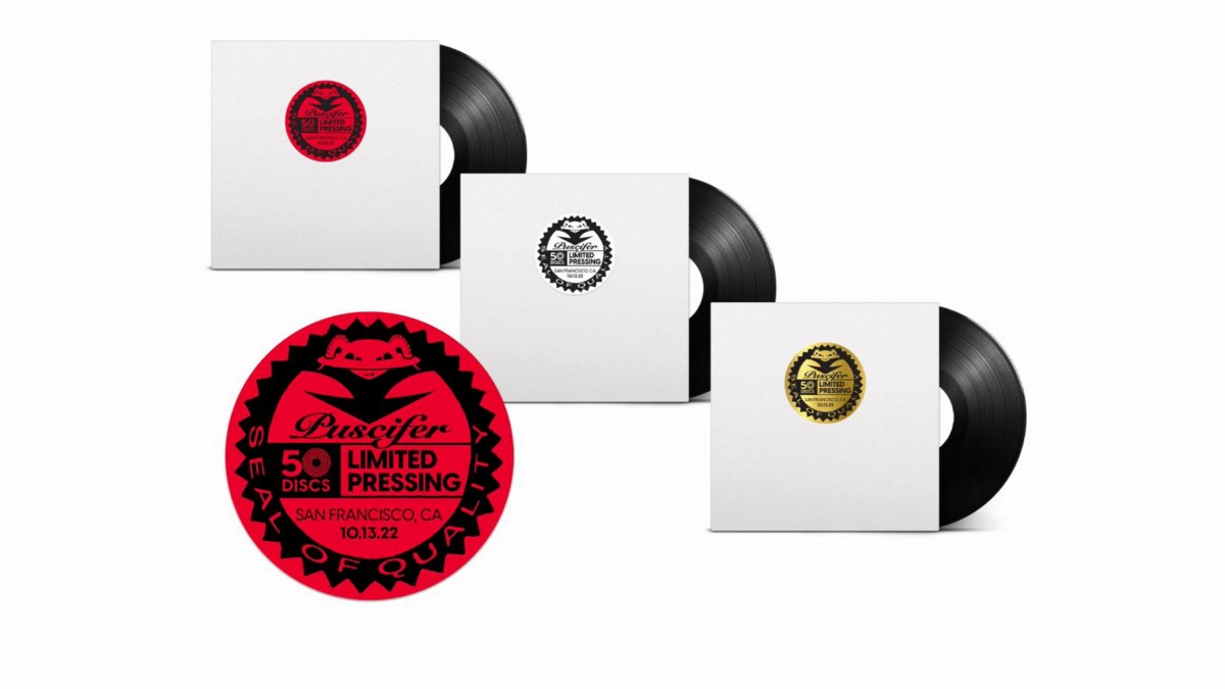 (Speakeasy) Puscifer have an added bonus for fans attending their upcoming North American Existential Reckoning tour: a highly-limited (50 copies per show with each city getting its own unique vinyl color), splattered vinyl version of the 2020 album, signed by the band, complete with a "seal of quality" showcasing the show date, the amount of vinyl pressed and the city. The vinyl will be available at the merch booth as doors open with a one per customer limit.

The trek, which kicks off in San Francisco on Oct. 13, follows the band's Spring 2022 leg, which saw the Maynard James Keenan, Mat Mitchell and Carina Round led troupe perform their biggest shows to date including dates at the Greek Theatre (Los Angeles), Brooklyn's Kings Theater and the state-of-the-art Mission Ballroom in Denver.

Replete with aliens, and appearances from beloved Pusciverse characters, the show has been described as "a sublimely bizarre spectacle" (Phoenix New Times), a "theatrical show... offering up an entertaining set that extended far beyond music" (Consequence) and simply "out of this world" (Arts Fuse).