Queen Bring Bohemian Rhapsody To The Movies On The Greatest 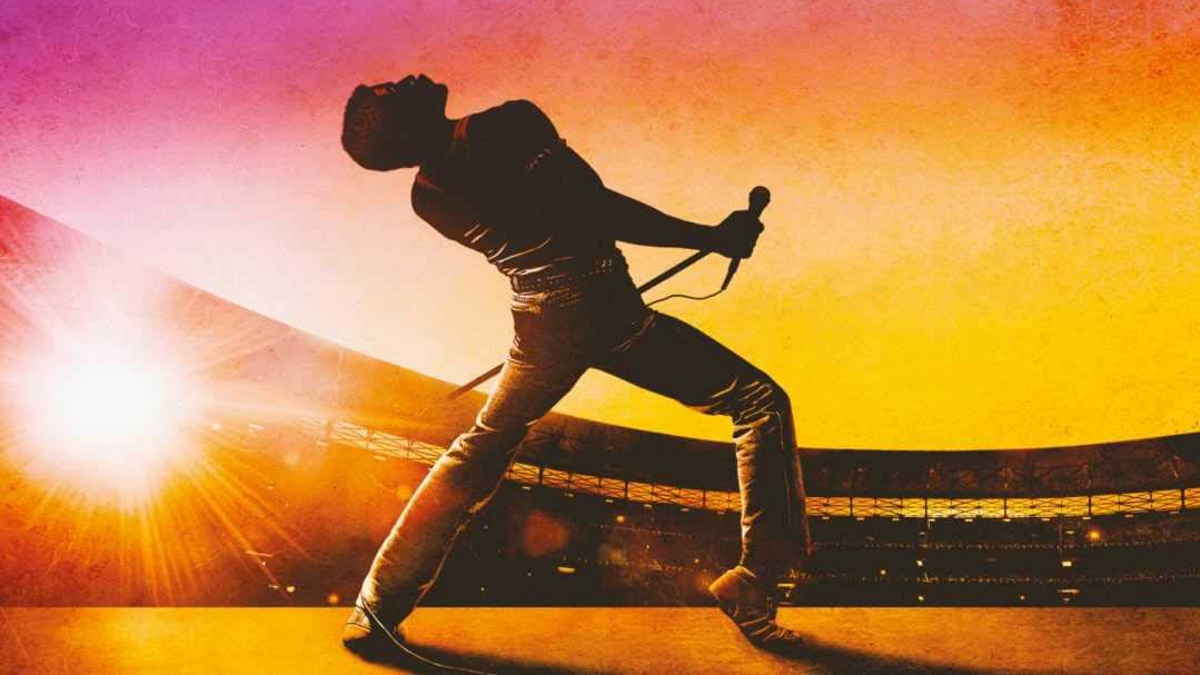 (hennemusic) Queen bring their blockbuster biopic, "Bohemian Rhapsody", to the big screen on the latest episode of the band's 50th anniversary video series The Greatest.

First announced in September 2010 as a film "focused on the band's formative years leading up to Queen's appearance at the historic Live Aid concert, 1985, when the band famously took the event by storm", audiences would have to wait until October 2018 to see the Queen story transferred to the cinema screen.

"We were a little reluctant in the beginning because, you know, it's difficult to make a film that would do Freddie justice," says Brian May. "And what happened over the years, because it was suggested to us a lot, what happened was that we realized if we didn't get involved, then somebody else would do it, and then you wouldn't be able to protect Freddie's kind of legacy."

"I think a lot of people, they think about Freddie, and the media tend to think, 'Oh, flamboyant', whatever, you know?," explains Roger Taylor. "And they remember him for other things, and they tend to forget that he was a brilliant musician. I think the film does pay good attention to the fact that Freddie was a real, real great musician."

Sacha Baren Cohen was initially confirmed to play Mercury with Dexter Fletcher as director, but issues surfaced with both that stalled the development of the project until Bryan Singer came aboard to direct with Rami Malek set to portray the iconic frontman.

"Casting Rami in the role of Freddie absolutely blew us away, the first time we met him," recalls May. "We kind of saw Freddie in him and we could sense his passion, and everything was put together around that, I guess."

"At first I thought it would be so daunting to be that extremely liberated, audacious performer that he was on stage who transcended everything about music," says Malek. "And so I thought, 'OK, there's a human being there that I could connect with'. Now, I just wanted to discover how that human being with all those eccentricities and confusing thoughts could be so daring and bold on stage."

"We didn't get to see him in full 'shtick' until that first moment when the cameras rolled on Live Aid," May remembers. "We both went down to see it, and it was, I don't know what the word is, it just sent shivers up your spine because the recreation was so perfect of the venue and everything about it, including the backstage. And then these guys come on and they are us. And they plunged in the deep end. That was like the pinnacle performance they had to pull off right at the beginning of the shooting, which is tough, but they had it down."

"They got very close to us," agrees Taylor, "I mean, visually and as actors, and so which made it particularly uncanny to watch for us. After a couple of viewings you just start to completely believe 'ah, that was us...oh no, it's not. It's other people.' But, phenomenal." Read more and watch the episode here.