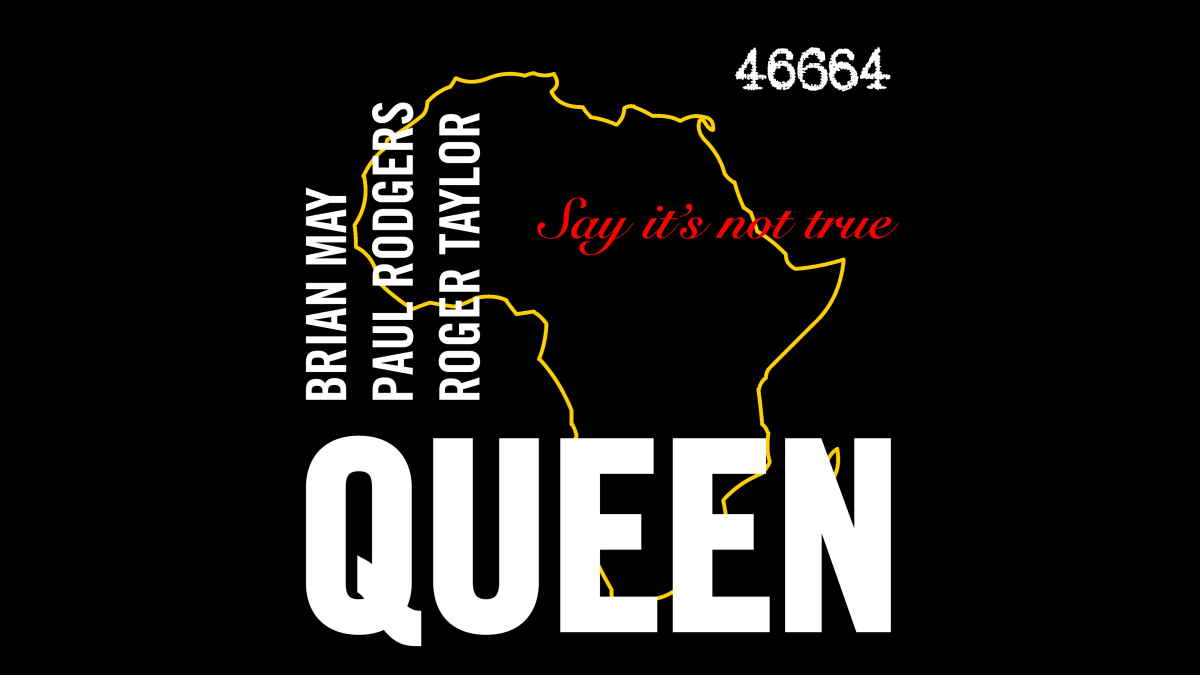 (hennemusic) Queen are revisiting their connection with Nelson Mandela in the latest episode of the band's 50th anniversary video series The Greatest. In 2003, a call came through from Mandela, asking for Queen's help with a concert for AIDS awareness in Cape Town, South Africa. But, he wasn't just asking for them to perform....

"We answered the call to Madiba," explains Brian May. "Nelson Mandela is suddenly on the phone saying 'can you rescue my concert', and we produced it for him, and we went out there and we really didn't imagine that the by-product would be that we would be re-engaging with an audience."

The event saw the world's biggest music artists honour the life and legacy of Mandela while promoting awareness of the HIV/AIDS pandemic, established under the identity of 46664, Mandela's prison number under which he was held at Cape Town's Robben Island until 1982.

The launch of the campaign would be the first 46664 The Concert at Green Point Stadium in Cape Town on November 29, 2003' the event - which featured May and Roger Taylor, Bono, Bob Geldof, the Eurythmics, Beyonce, Johnny Clegg, and the Soweto Gospel Choir, among others - took place in front of an audience of 40,000 and broadcast around the world via TV, webcast, and radio.

In addition to producing the concert, and appearing as part of the line-up, Brian and Roger both composed new songs, especially for the event. At the concert, Queen performed three new songs inspired by Mandela's appeal; "Say It's Not True", "The Call" and "Invincible Hope", the last track featuring a sample of one of Mandela's famous speeches.

"Say It's Not True" was recorded as the first studio single by Queen + Paul Rodgers and released on World AIDS Day on December 1, 2007 with all proceeds going to 46664.

Coverage of the concert reached more than 2 billion people in 166 countries, making it the most widely distributed media event in history.

"You know, we're not politicians, we're just musicians using what we do as a platform to just raise awareness effectively," says Taylor, "and if you can get on TV in most of the countries in the world, that's quite a good way of raising awareness, I think. So this is really a way of pressurizing politicians and pharmaceutical companies to make the drugs cheaply, or freely available."

In the coming years, Queen would be involved in further 46664 concerts in Norway, again in South Africa, and with a final UK concert in London's Hyde Park on June 27, 2008 attended by 46,664 people that both celebrated Nelson Mandela's ninetieth birthday and formed part of the 46664 concert series - and further keeping Freddie Mercury's legacy alive by answering the call in the on-going global fight against the AIDS pandemic.
Queen continues to be inspired by Nelson Mandela and continue the fight against HIV/AIDS through the Mercury Phoenix Trust, the charity set up following the death of Freddie Mercury. Watch the episode here.