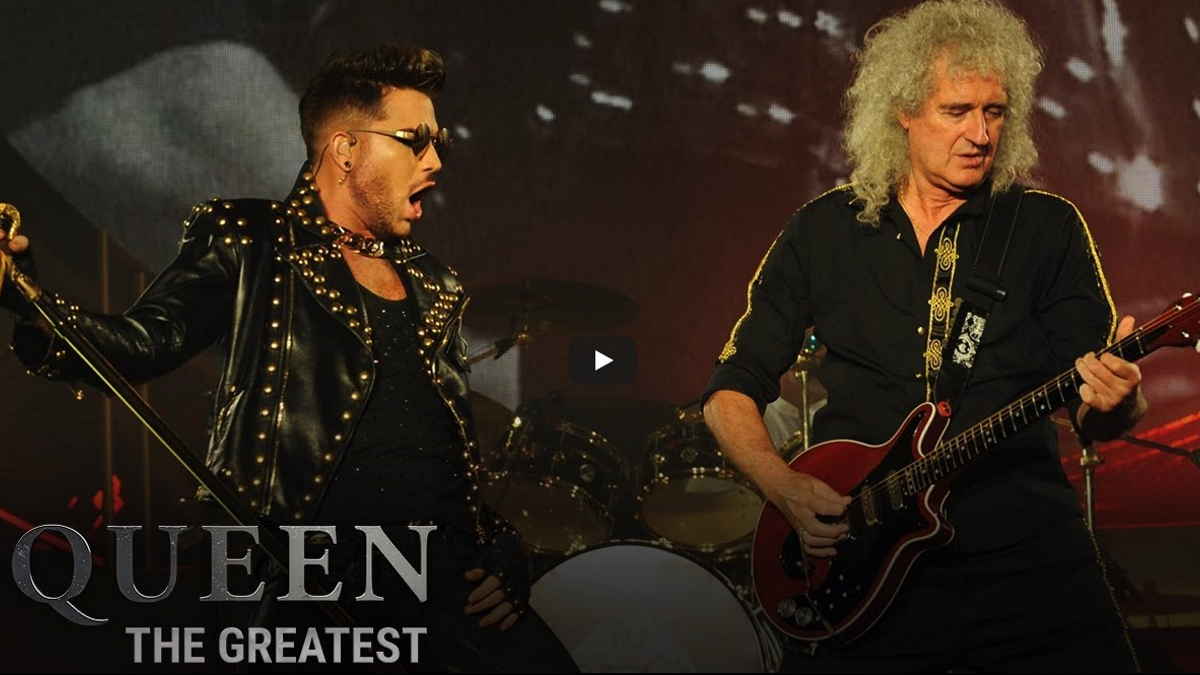 Queen are concluding their retrospective online video series The Greatest with a two-part look back at Queen + Adam Lambert and have shared the first part of the final episode. We were sent the following details:

Adam, Brian and Roger discuss their "brilliant, symbiotic relationship" and are seen in defining performances on their Asia Tour 2014 which saw a memory making return to Japan for Queen, and on their 2016 European Festivals tour highlighting a stand out Isle of Wight Festival performance of "Who Wants To Live Forever" that took even Roger and Brian by surprise.

When the response to their first forays on stage together in 2012 proved that the desire to see Queen music performed live was as strong as ever, Queen + Adam Lambert embarked on a series of tours that encompassed every continent.

As a result, fans new and old have had the opportunity to see a Queen show in all it's majesty, and although this collaboration has been an exciting new venture, it also meant Brian and Roger could once again revisit some of their favorite cities and venues.

Adam Lambert: "It's the most brilliant, symbiotic relationship you could dream of because, you know, one might say, 'Oh, well, Adam, you know, if it weren't for you, they wouldn't be doing these venues with these countries,' but it's the same for me. If it weren't for them, I wouldn't be playing arenas all around the world, either."

Adam Lambert: "I felt more so a sense of... magic. It was cool that they're back doing this again."

Roger Taylor: "Japan was fantastic. Last time we went, it was absolutely magical. That, I think, more than anywhere else felt like the old days."

Roger Taylor: "That brought back the memories in particular of first going to Japan and the fantastic reaction."

Adam Lambert: "What meant a lot to me about going back to some of these famous venues that Queen has stamped their mark on, was seeing Brian and Roger being nostalgic about it. That meant a lot to me. That was really cool to be a part of those moments of them recalling the first time they were there and what it was like, and knowing also that there were members of the audience that were probably there the first time too."

There have also been opportunities for them all to enjoy completely new experiences together. There are many highlights to choose from, but Queen's first appearance at the world famous Isle Of Wight Festival in 2016, resulted in a truly memorable night.

Adam Lambert: "Once I got over my own head trip about, 'Oh God, are they going to compare me to Freddie? Oh God, am I good enough?' I realized this is this once in a lifetime experience to sort of be a vessel and just perform."

And one of the standout moments from that evening, a towering performance of "Who Wants To Live Forever," demonstrated what a powerful combination they had become.

Brian May: "He's still astounding, the lengths he can push things to is extraordinary. Sometimes I'm standing right here playing 'Who Wants To Live Forever,' and he's there doing his thing. And when he goes into this stratospheric thing in the middle, I very often go, 'Wow.'" Watch the episode below:

Related Stories
The Queen The Greatest Series Returns With Season 2